Actor Atharvaa Murali’s ‘Angry Young Man’ avatar in the first look of his upcoming movie Trigger had created an instant sensation. With the expectations escalating among the general audiences and trade circles, the second look has further intensified the buzz.
The second look poster revealed by actor-producer-politician Udhayanidhi Stalin  garnered a phenomenal response. Romeo Pictures Raahul is releasing the movie all over Tamil Nadu in September 2022, and the official announcement regarding the exact date will be made soon. 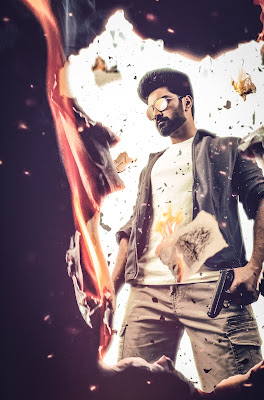 Trigger is an out-and-out action thriller, written and directed by Sam Anton, and produced by Prateek Chakravorty & Shruthi Nallappa of Pramod Films. Tanya Ravichandran is playing the female lead role in this movie and famous actors like Arun Pandian, Munish Kanth, Krishna Kumar, and Vinodhini Vaidyanathan alongside a few more prominent actors are a part of this star cast. Ghibran is composing music and Krishnan Vasant is handling cinematography. Filmmaker P.S. Mithran (Irumbuthirai, Sardar fame) is writing dialogues. Dhilip Subbarayan is the stunt choreographer and Ruben is handling editing.