Director Sundar C and team are all geared up for the release of the multistarrer family entertainer ‘Coffee with Kadhal’ which is all set to hit screens on October 7. The audio and trailer launch took place in the presence of the entire team in a grand manner. 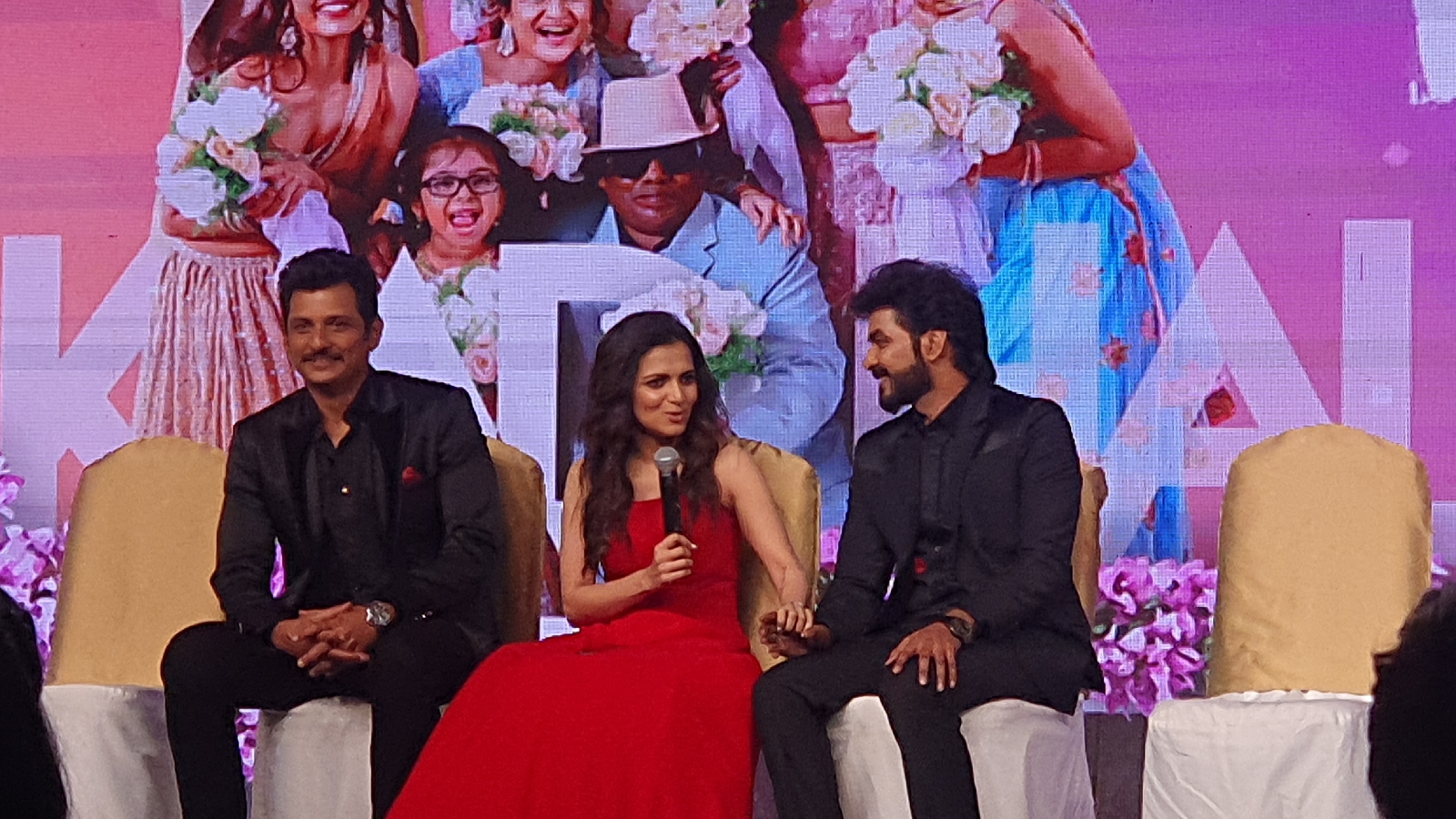 Starting off the event, Director Sundar C introduced the star cast of the film in his usual humorous way. “The film is all about fun and entertainment. Jiiva and Jai are like family to me. We share a brotherly bond and this is always special. The heroines slayed with their performances and I am very sure this movie will be enjoyed by the audience”, said the Director. 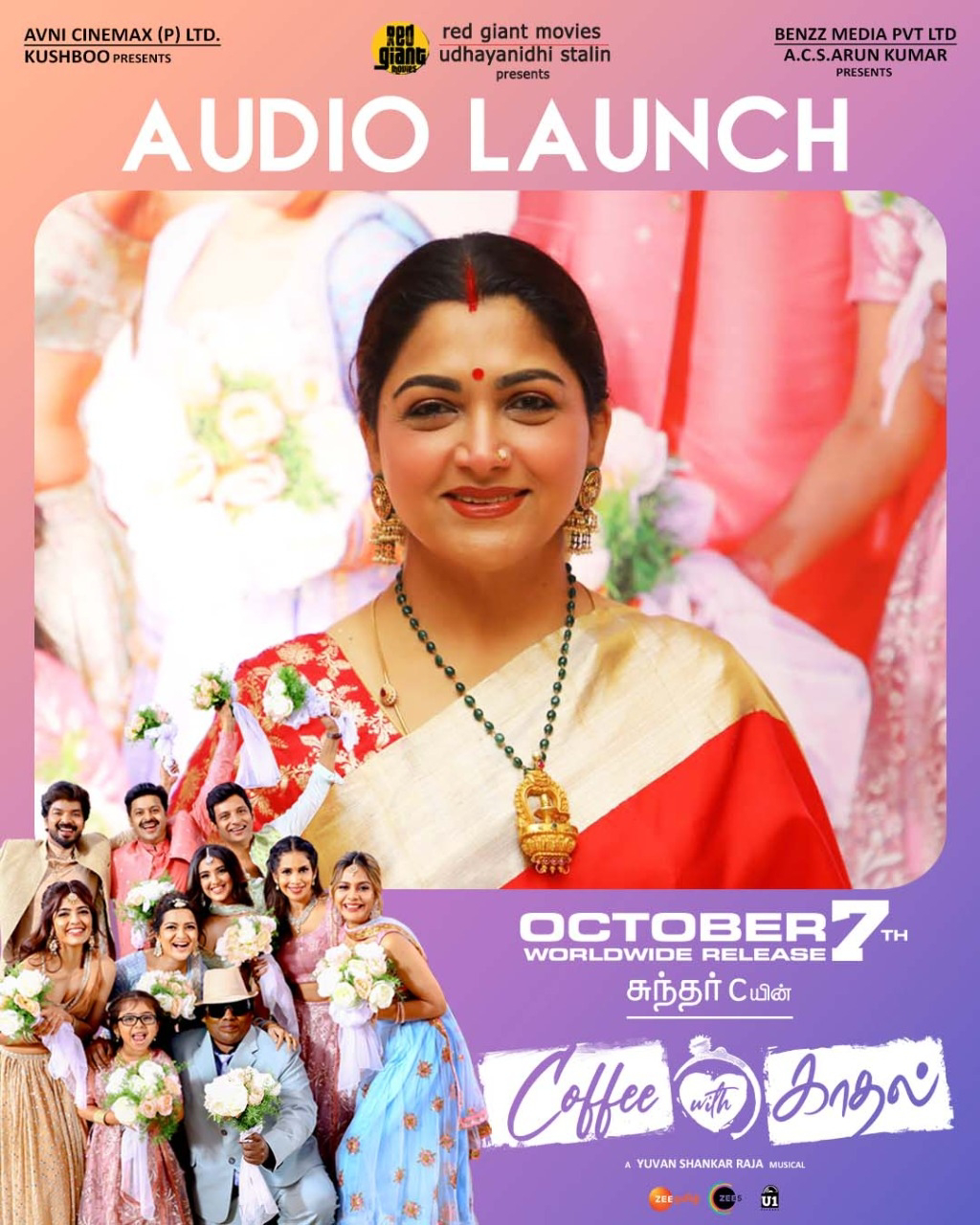 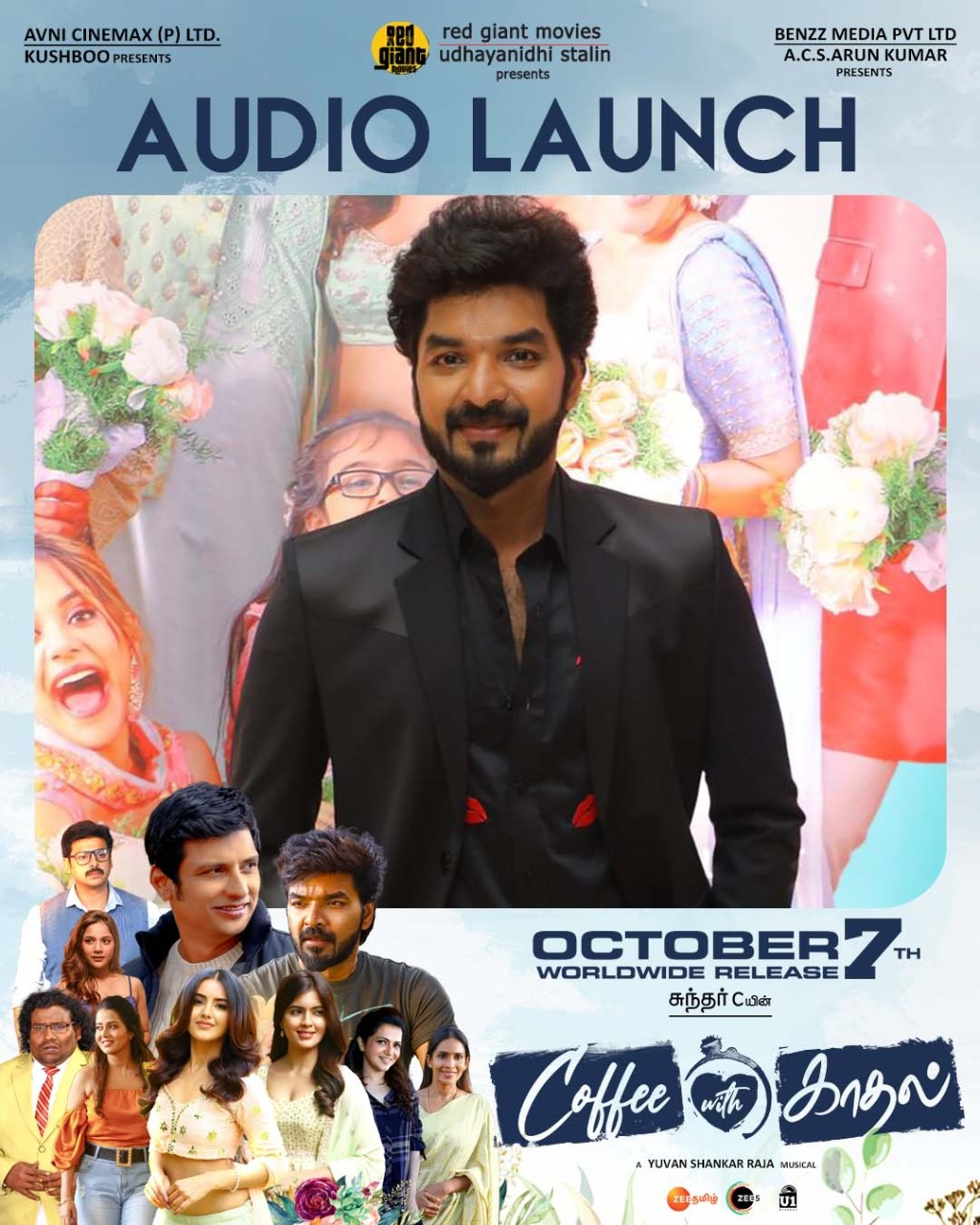 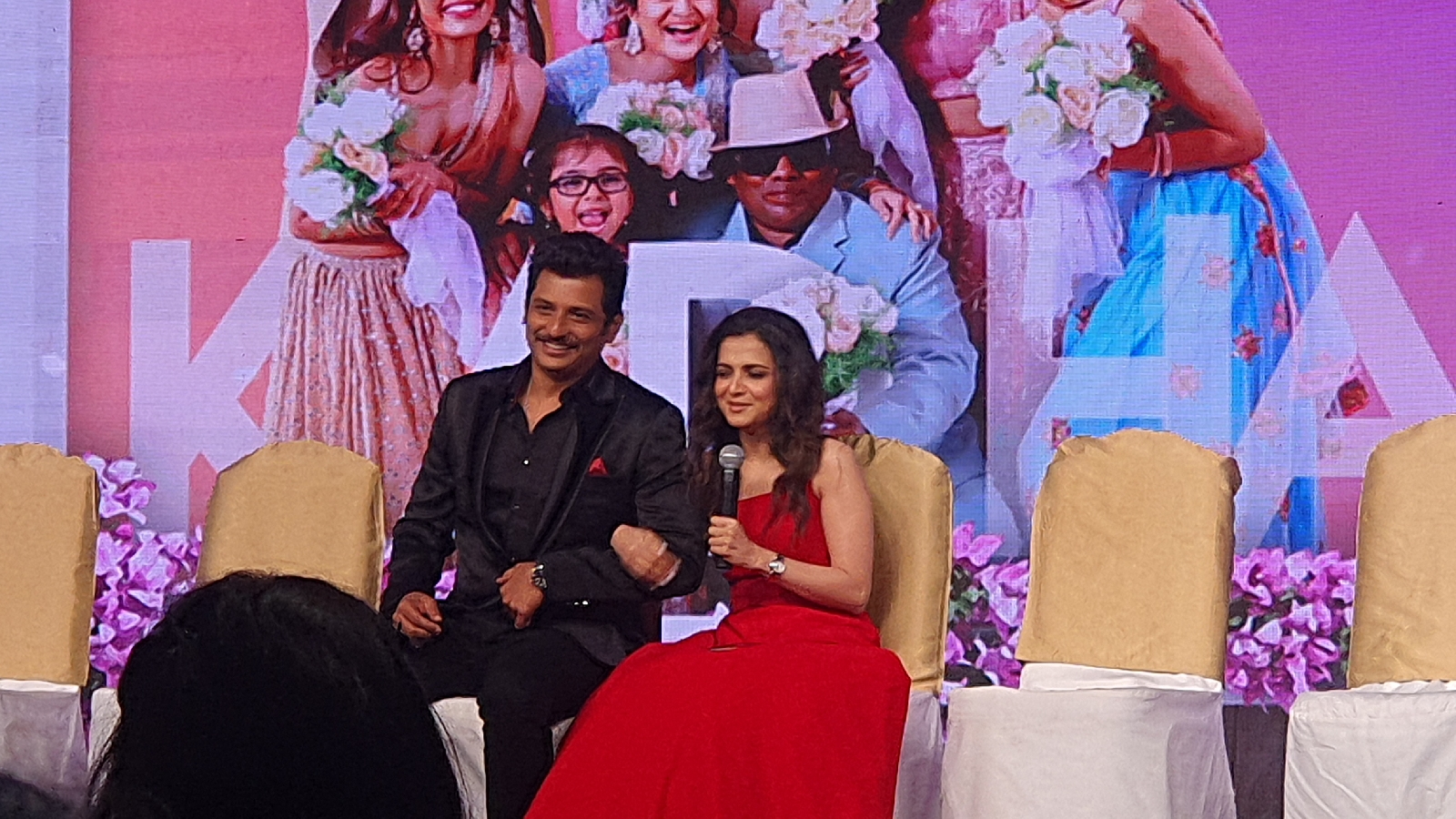 A creative segment with the favourite anchor of the masses, ‘Dhivya Dharshini’ fondly called as DD hosted an interaction with the star cast in her classic style ‘Coffee with DD’. 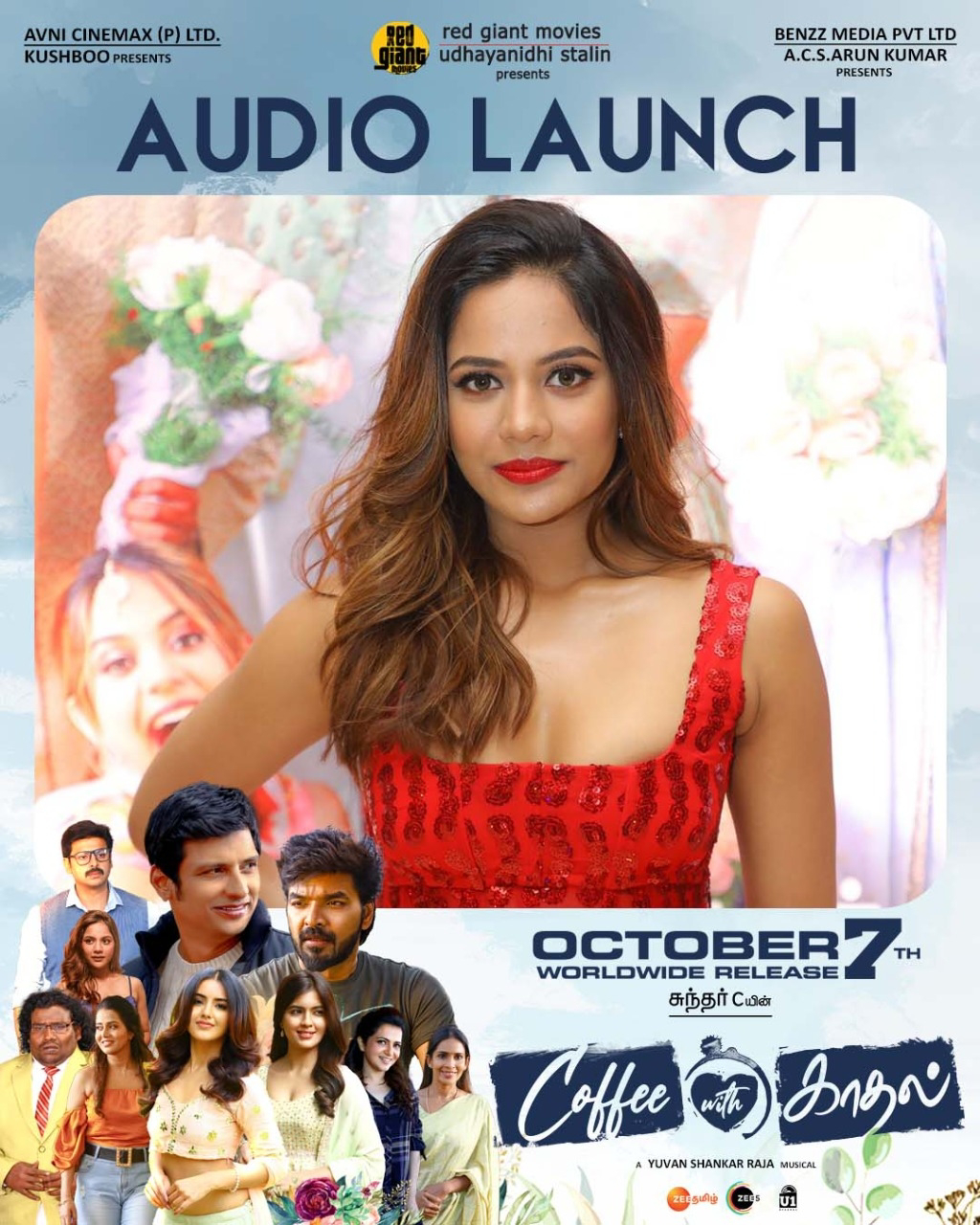 DD said that Jiiva plays her twin brother in the film and she shares a special bond with him. Talking about her role, she added, “I am the anchor of the film where I play a crucial role that connects all the characters. Our Director achieved this in reality by bringing us all together. The entire shooting experience was a learning with much fun and entertainment”. 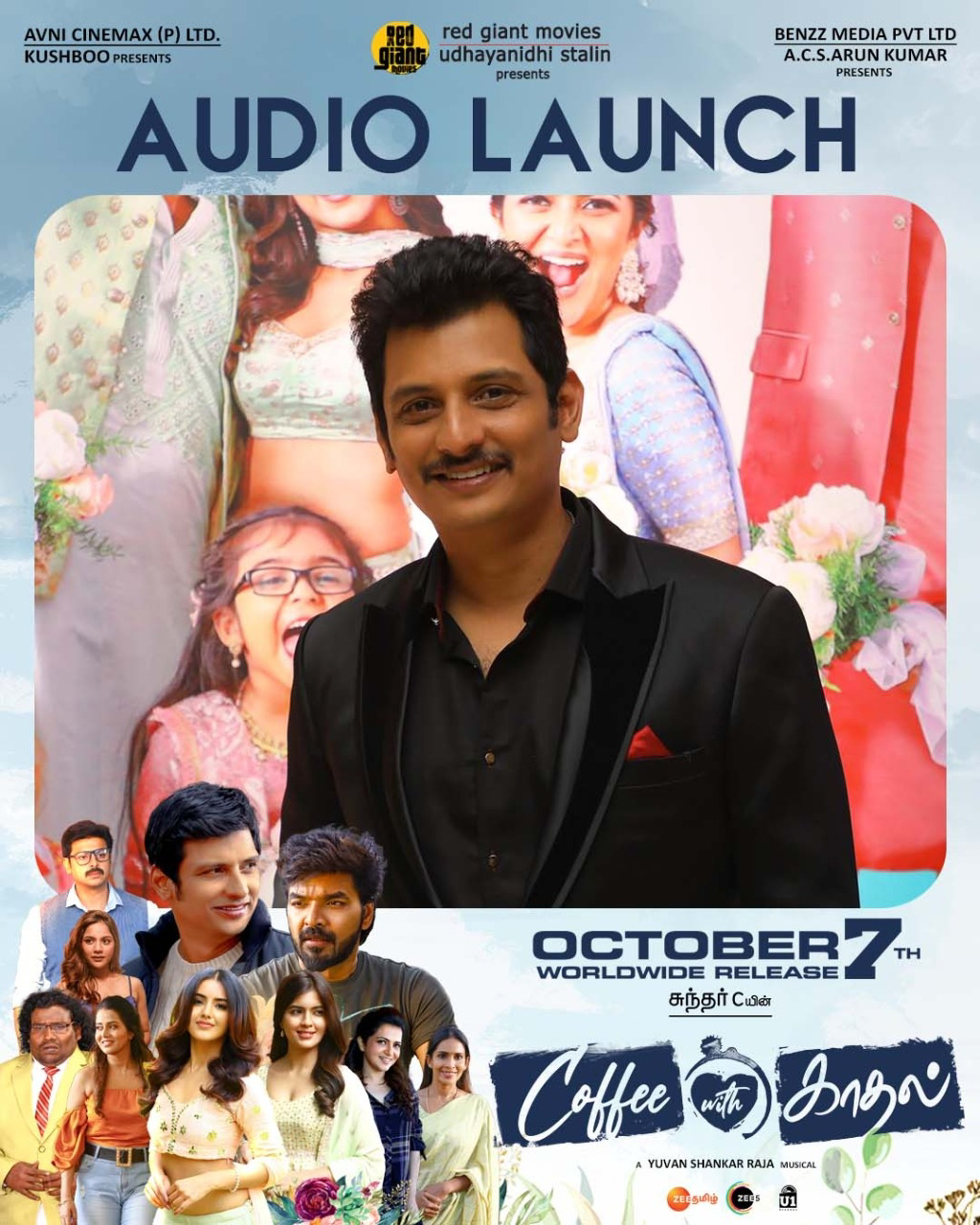 Actor Vichu mentioned that out of the 120 films he has worked in, 35 were with Sundar C and that made him feel like family. Raiza Wilson, talking about the film said, “Working with Sundar C is always fun and we never felt like we were working, and that’s his speciality”. 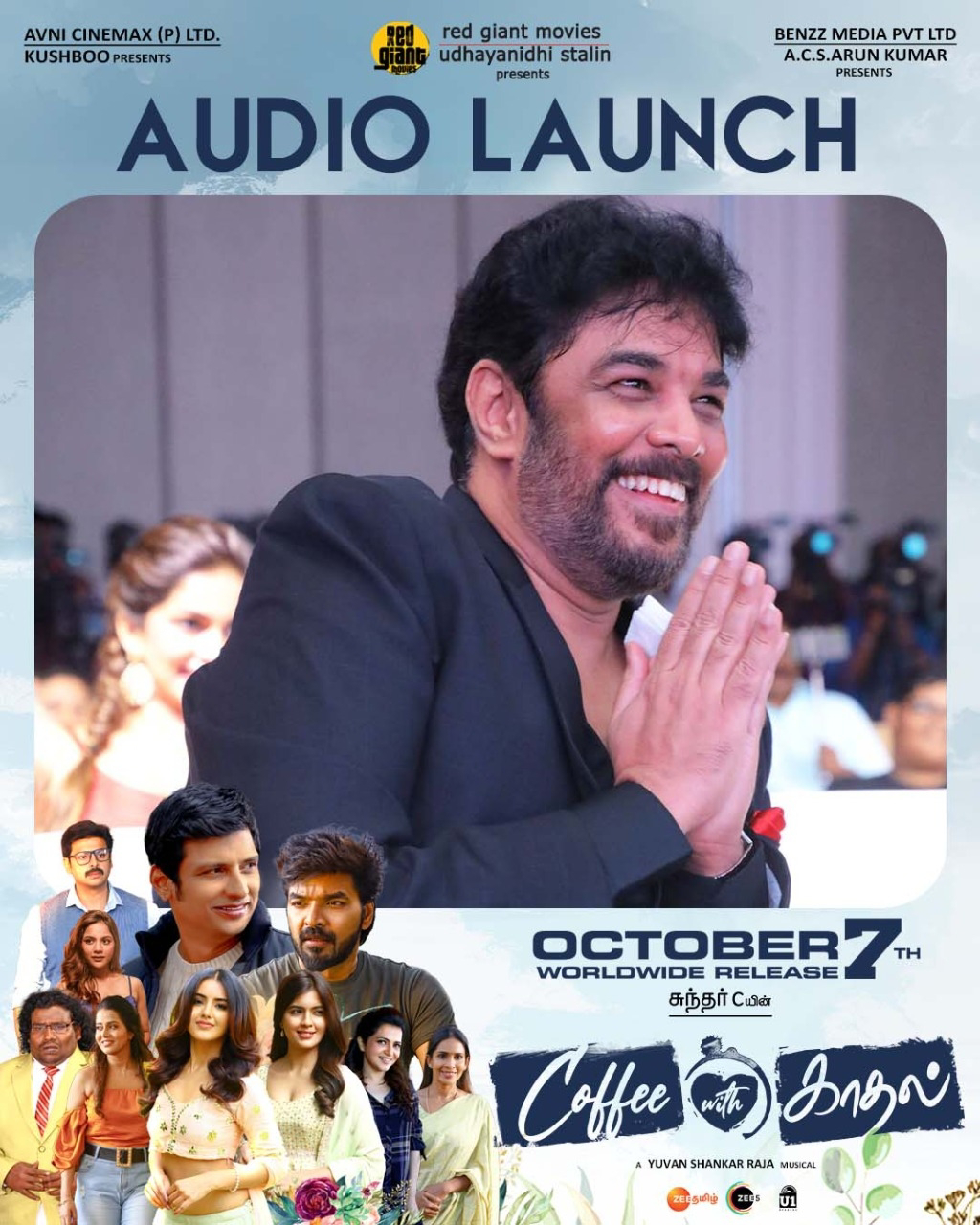 Amritha Aiyer who plays the love interest of Jai, said that she was extremely happy to be cast in the film. “Sundar C sir always respects the artists and at the same time he extracts the work effortlessly in his style”, she added. 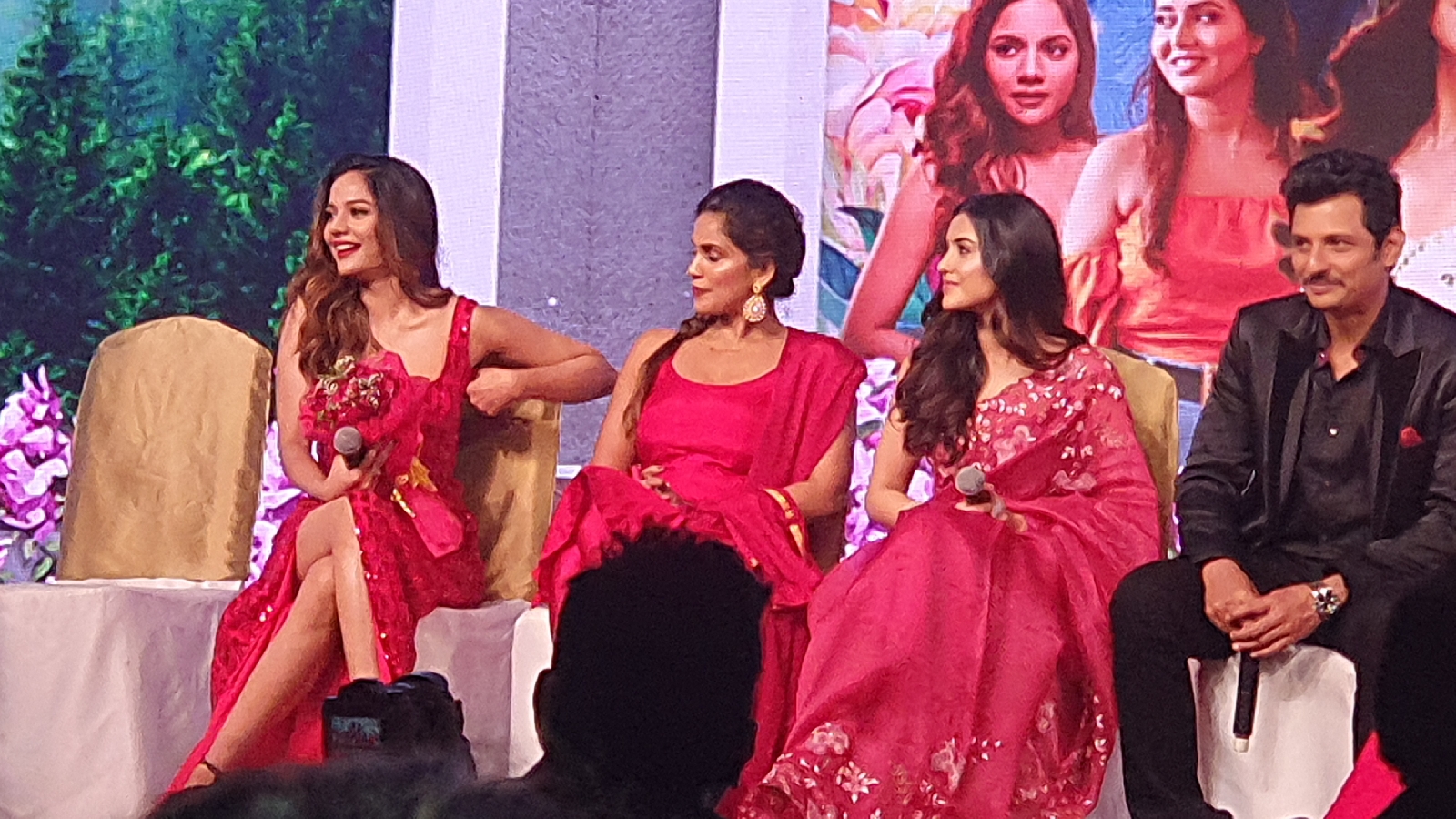 Jai was overwhelmed to have been associated with Sundar C for the third time, 2 in his direction and 1 alongside him. “He is like a  big brother to me”, he said.

Jiiva extended his gratitude to the Director and mentioned him as the ‘Producer’s Director’ since he finishes shoot in 45 days. Talking about DD, he said “I don’t have a sister but the vibe DD gave, was filled with warmth and comfort. This film is a complete entertainment package”.

Malvika Sharma thanked DOP Kicha for showing each and everyone of them in a beautiful way and that she was extremely blessed to have Yuvan as a Music Director in her debut film.

Samyuktha, who will be seen alongside Srikanth quoted, “Acting in a Sundar C film is a qualification and I am happy that I attained it so early”. Her character has no room for glamour since she plays a homemaker.

Aishwarya Dutta expressed with happiness that finally she has got a proper recognition after 4 years of struggle.

‘Little Maestro’ Yuvan Shankar Raja who is associating with Director Sundar C after 19 years said that the songs in the film are close to his heart. Yuvan, with his usual charisma, completely took control of the audience by singing two songs from the Film.

Talking about the Music in the film, Director Sundar C said “Yuvan is always a vibe and a trend setter. Actually, he is God’s gift because he has such a mesmerizing voice. My favourite song is ‘Maatram Ondre Maaradhadhu’ penned by Lyricist Pa Vijay”.

Lyricist Snehan shared an interesting incident where he penned the lyrics within 2 hours, along with Yuvan since he had to leave for a reality show next morning. Director Perarasu who has written the lines for ‘Thiyagi Boys’ said this is the second association with Yuvan after ‘Yammadi Aathadi’ from Vallavan and that he is very much excited for the film.