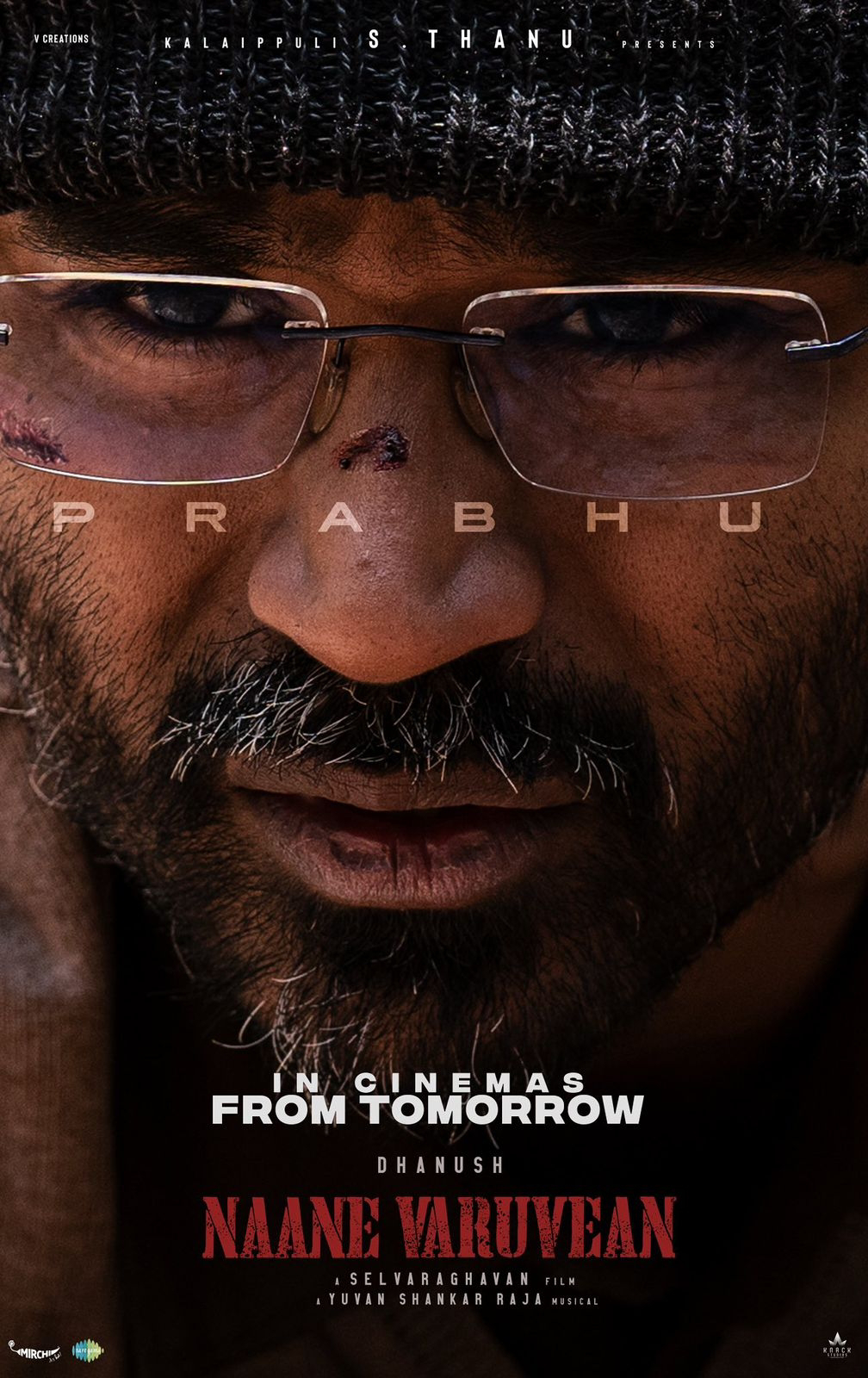 Prabhu and Kathir ( Dhanush in a dual role) are twin brothers. Kathir is the evil,  violent one, who is abandoned by his mother as he may cause more harm than he has already done.  Prabhu grows up to lead a  normal life with wife ( Indhuja) and a loving daughter Sathya ( Hiya Dave) with whom he shares a deep bond,  in Chennai. 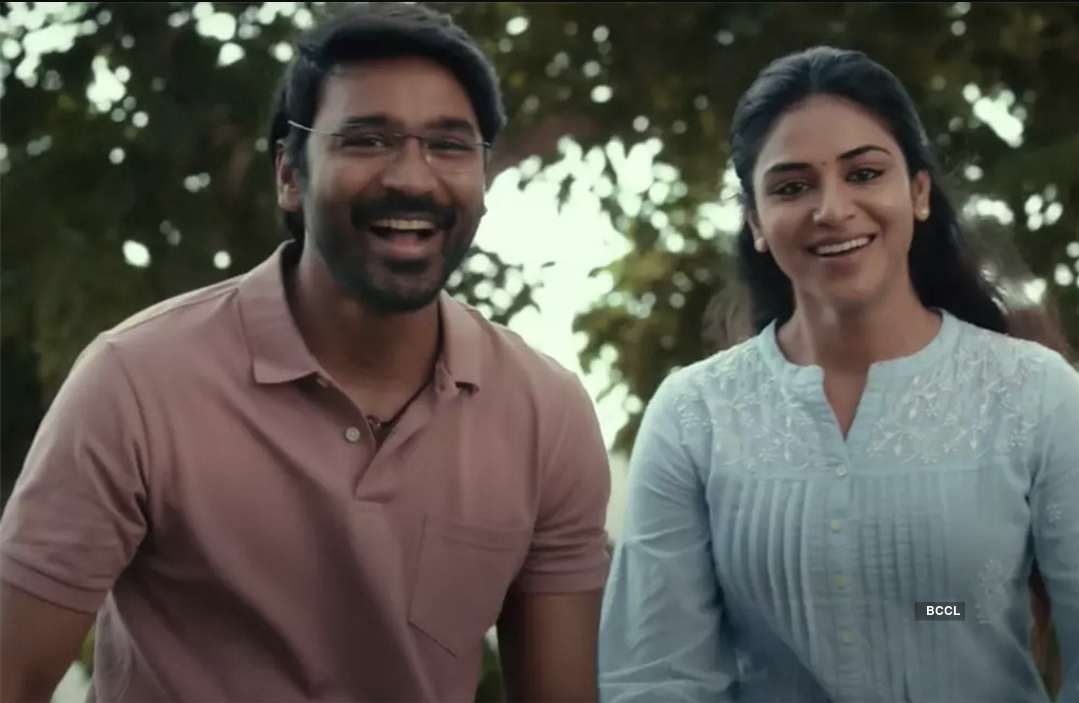 But one day, he encounters a serious problem which affects his beloved daughter. Due to a strange set of circumstances, Prabhu is then led to face his past, his killer twin, Kathir. Several lives are at stake.  Will Prabhu, the weaker twin,  succeed in protecting his family? 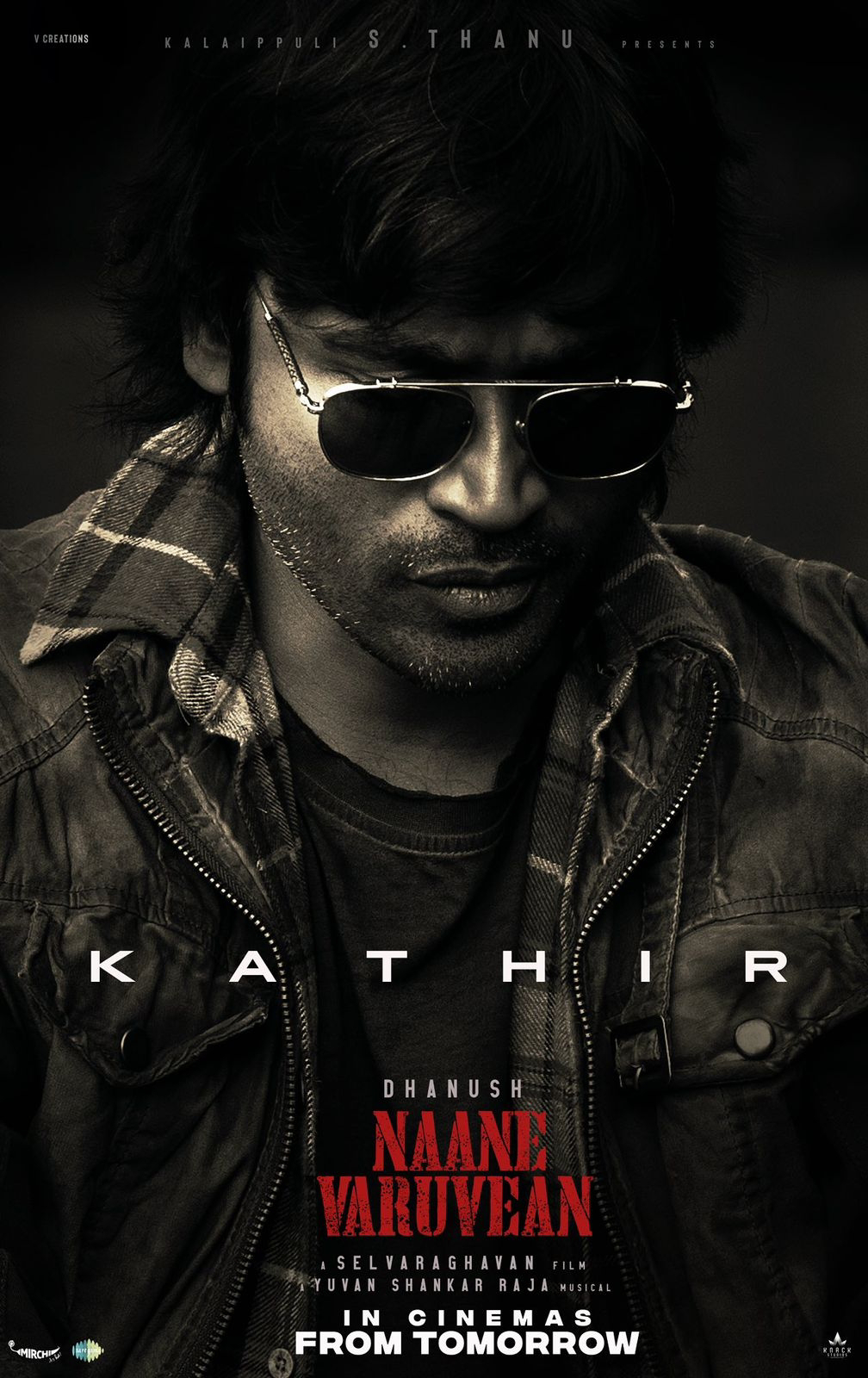 The one factor that works big time for the film is Dhanush's superb acting. His body language and expressions are totally different and convincing when playing both characters. This is high on thelist of his best performances. Yet again,  Dhanush displays his histronic abilities par excellence.  His skillfully  evokes emotions with just an expression,  a quiver in his voice or the look in his eyes.
He is all style and panache as Kathir and emotional and sincere as Prabhu and the differences are boldly etched out in his performance. 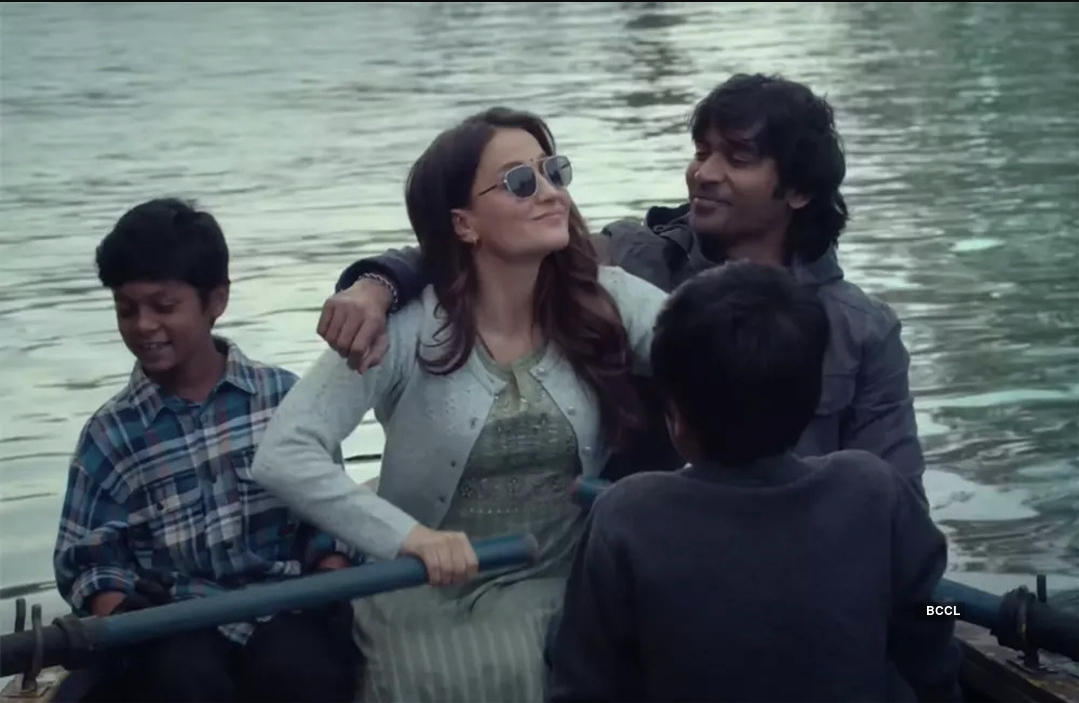 Another highlight of the film is the excellent performance of 5 child actors. The girl child's speaks volumes with her eyes while the 4 boys excel in every scene they appear in.
Yuvan's bgm works big time while the songs too are good. Om Prakash's camerawork is excellent, especially in the jungle and outdoor  scenes.
Selva has done a cameo in one thrilling encounter. The talented Indhuja as Prabhu's wife has not been given much to do.  Eli Avram from Bollywood gets a meaty role and does justice to it.
However, on the flip side, Yogi Babu in a short appearance doesnt seem to fit into the narrative and its strange to see him being given a crucial interaction with Kathir's son, when his character is clearly not etched out to manage such a task. Veteran actor Prabhu is differently cast and more subdued than usual, but does not have that much screen time as one would wish him to have. 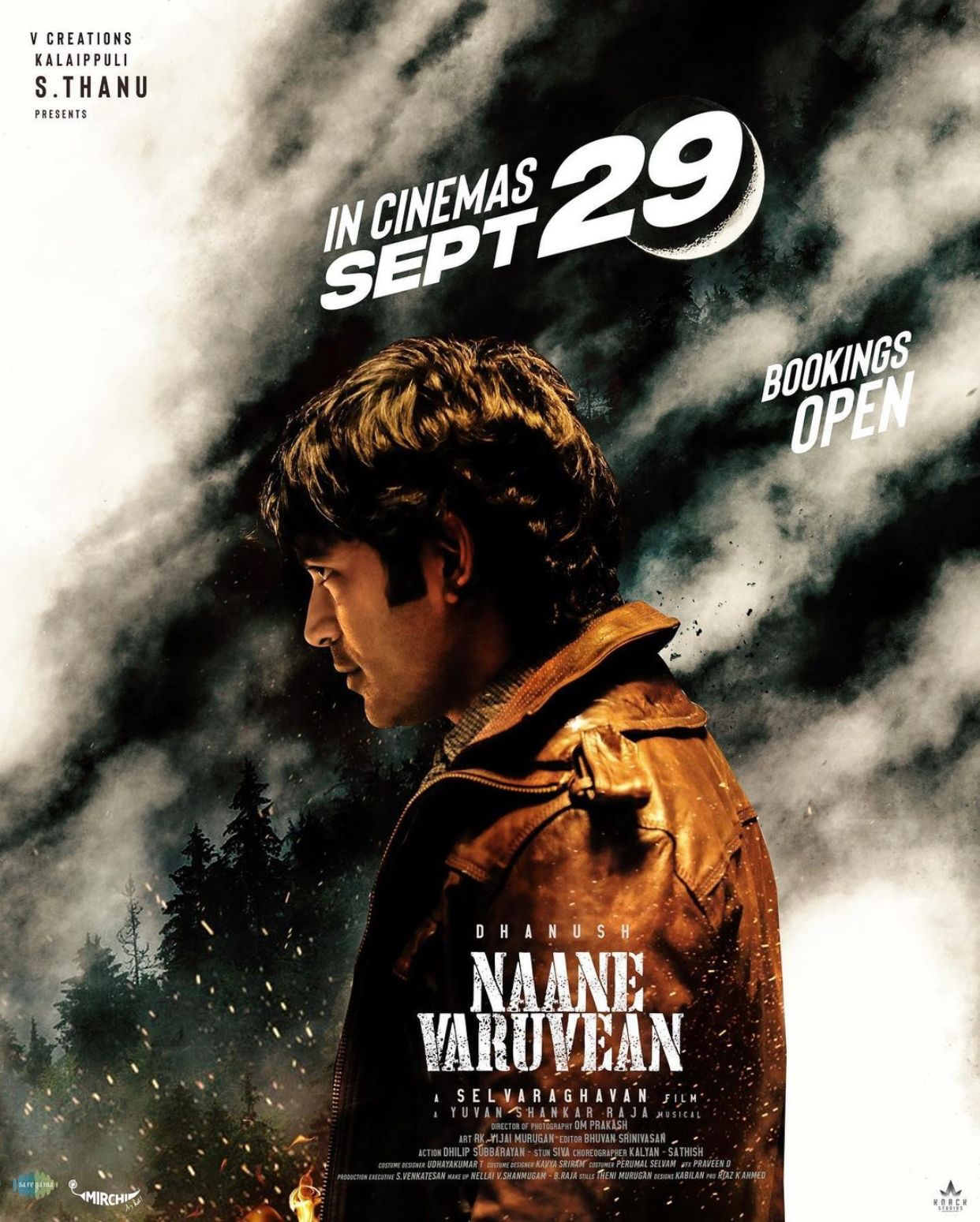 The film leaves you with many unanswered questions as the story goes along. The first half is gripping and the bonding between dad and daughter is beautifully shown, paving the way for why Prabhu does what he does, later.
In the second half however, though the family scenes of Kathir are good to watch,  and the build up to the face off between the twin brothers leads to high expectations, they are not totally fulfilled and you wish there was more. 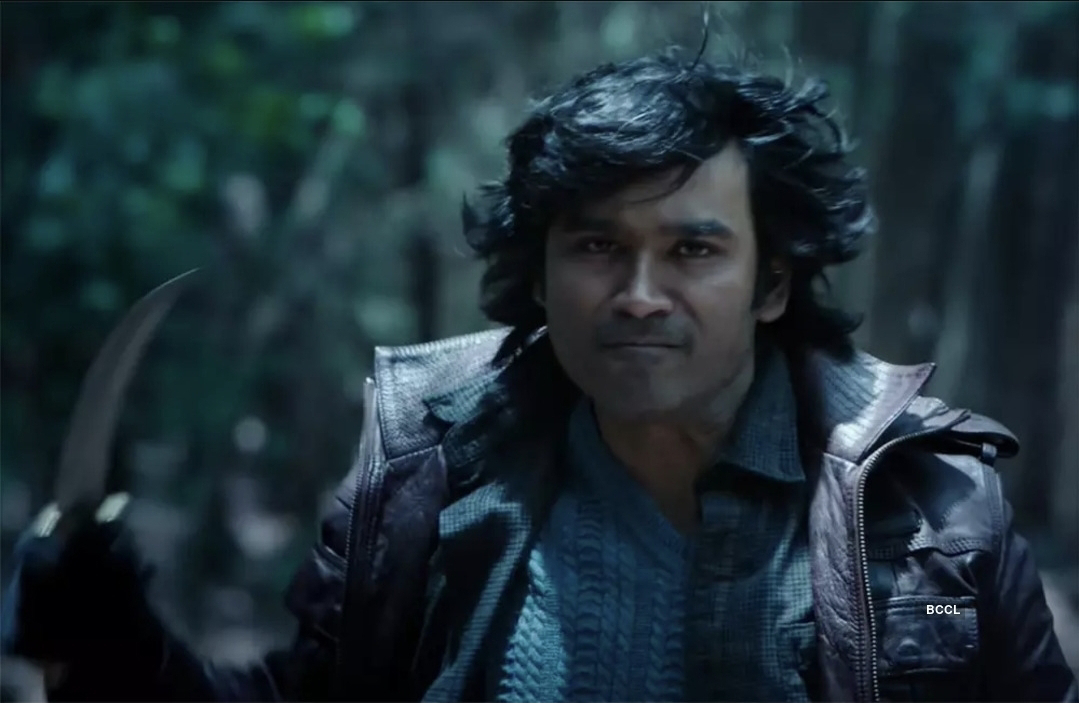 In the open -ended climax,  is there a hint of a sequel where more twists will emerge?
However, Naane Varuven is Dhanush's film all the way, his inimitable performance along with that of the child stars, making the movie a gripping, emotional and compelling watch.
Rating: 3.5 / 5 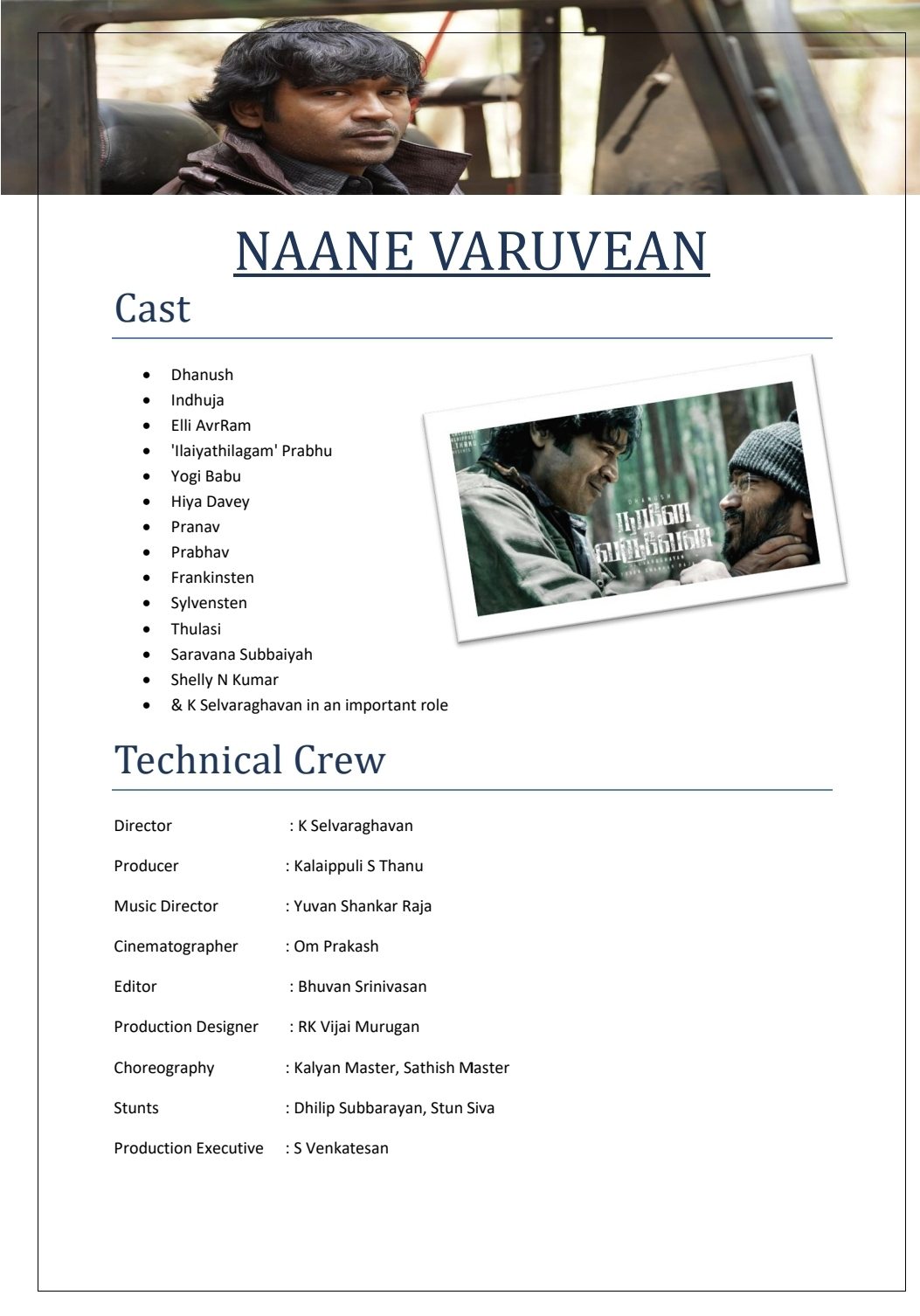