Vadhandhi – The Fable of Velonie, a Tamil Crime Thriller, at the 53rd International Film Festival of India (IFFI)! 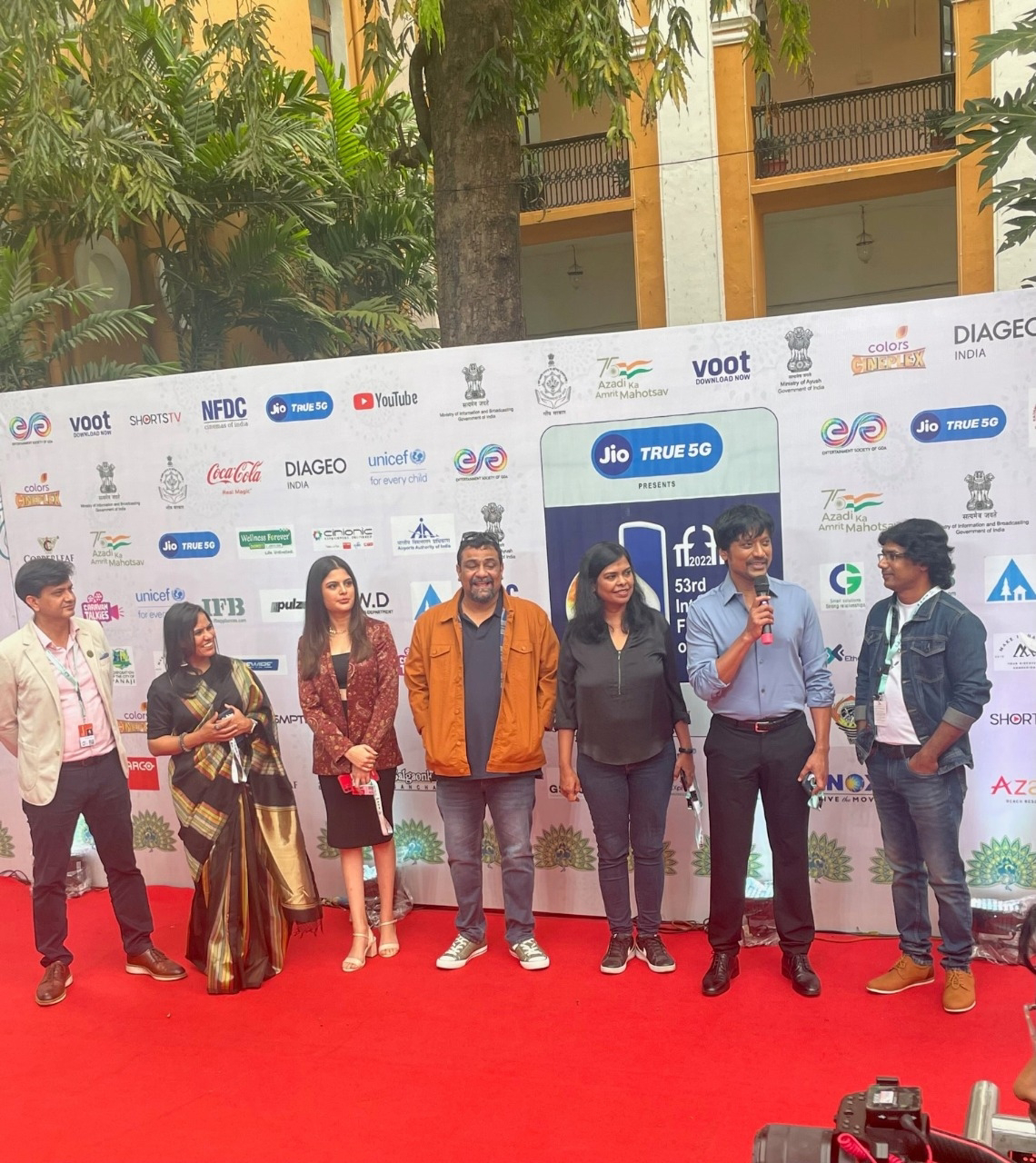 The eight-episode thriller will premiere in India and more than 240 countries and territories on Prime Video, starting 2nd December

Produced by Pushkar and Gayatri under the banner of Wallwatcher Films, and created by Andrew Louis, the Amazon Original series stars the multifaceted film artiste, S.J. Suryah in his streaming debut 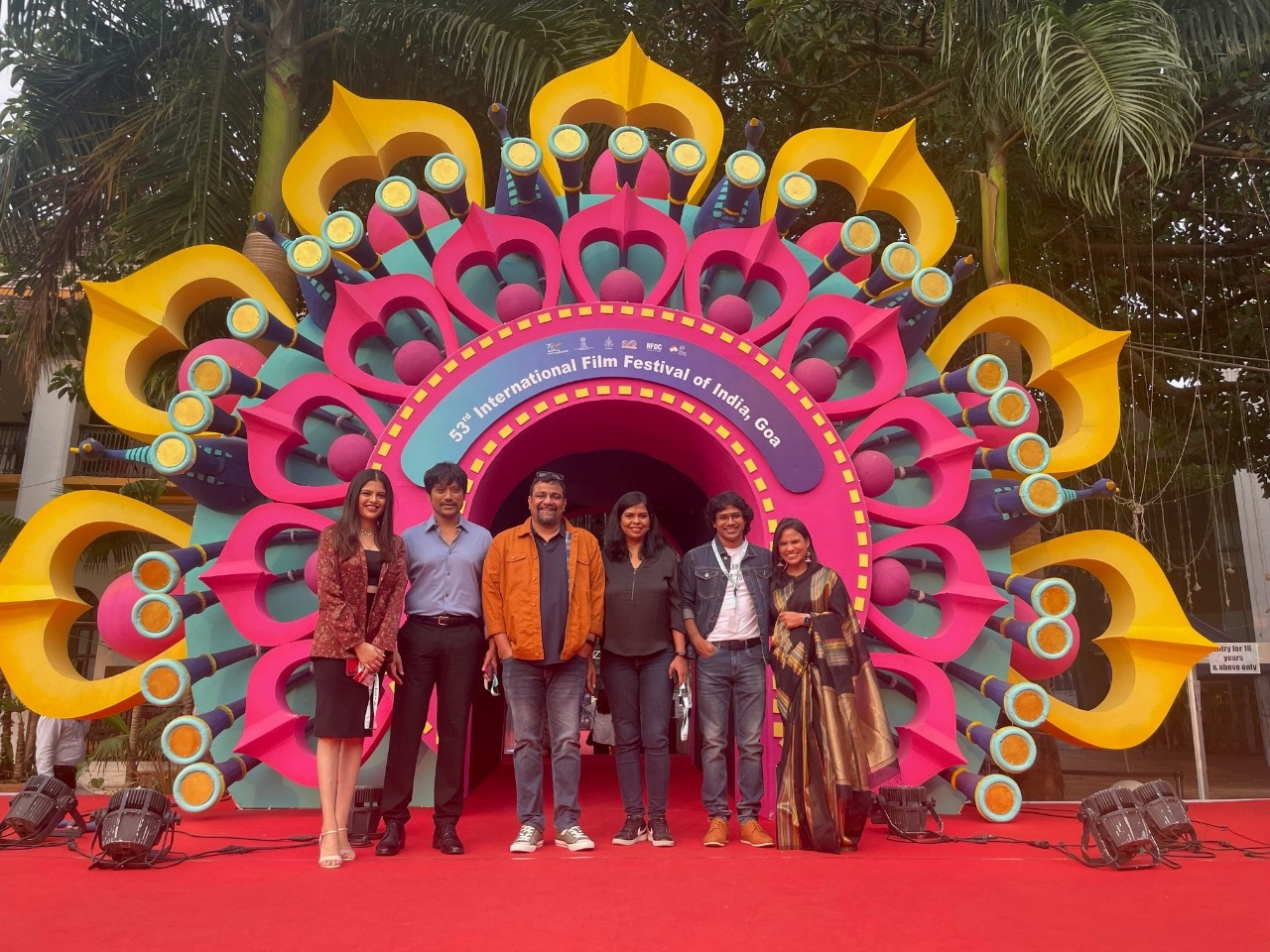 The series also marks the acting debut of Sanjana, who plays the titular role of Velonie, and features a stellar ensemble cast including Laila, M. Nasser, Vivek Prasanna, Kumaran, and Smruthi Venkat in pivotal roles 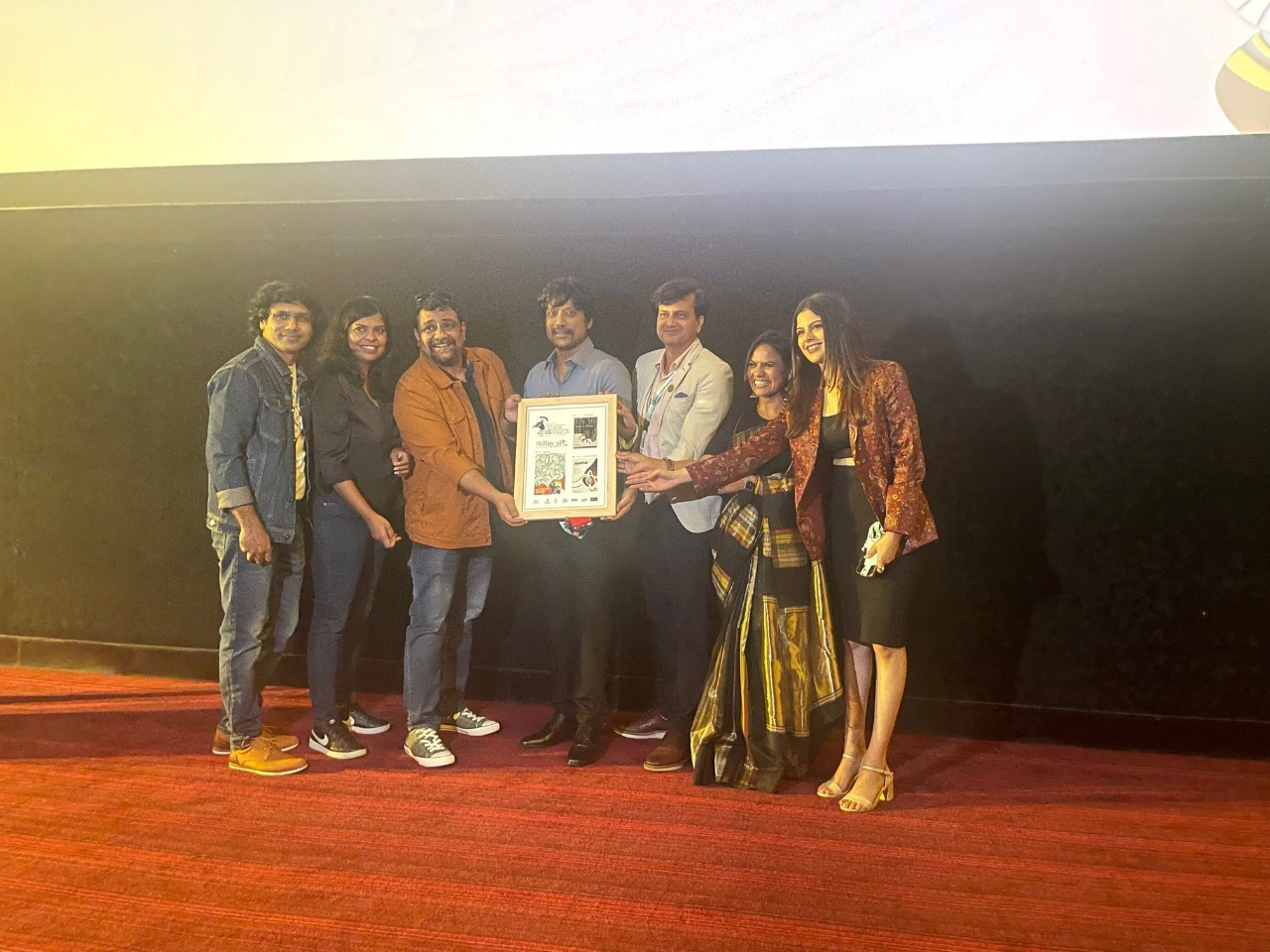 The first-look showcase opened to a packed house and the series was appreciated for its visual treatment, gripping plot and powerful performances. Much like its title Vadhandhi, which means rumours, the show takes you into the world of young and beautiful Velonie, played by debutante, Sanjana, whose story is riddled with rumours.  A troubled but determined cop, played by S.J. Suryah, finds himself caught in the web of lies but is hell bent on finding the truth.

The screening was preceded by an interaction with Aparna Purohit, Head of Originals, Prime Video, India and the cast and creators of the series – Creative Producers Pushkar and Gayatri; writer, director and creator Andrew Louis; lead actor SJ Suryah and debutante actor Sanjana, who plays the titular role in the series. They shared with the audience, interesting anecdotes about the making of the series, and the reach of local content worldwide.

At Prime Video, we believe in bringing rooted and authentic stories to our viewers; stories that can engage, entertain and unite audiences and can transcend all barriers of language or geography. We want to take hyper local stories to the world,” shared Aparna Purohit, Head of India Originals, Prime Video. “Our relentless endeavour has been to create a platform where both fresh and emerging as well as experienced creators can showcase their passion projects to a diverse set of audiences, not just in India but across the world. It is an honour and pleasure for us to present our next Tamil Original series, Vadhandhi – The Fable of Velonie, at the prestigious 53rd International Film Festival of India (IFFI). Prime Video and IFFI share a common vision of promoting excellence in cinematic art and putting local, Indian stories on the world map!”

Pushkar and Gayatri, Creative Producers of the series, said, ““IFFI is one of the most significant film festivals in Asia, and it is very exciting for us to be showcasing our next project, Vadhandhi at the festival, just a few days before its worldwide premiere on Prime Video. A platform such as IFFI, helps us take this gripping crime drama to a wider audience. Vadhandhi – The Fable of Velonie is our second collaboration with Prime Video, and we firmly believe that we have found a great partner in them as we share the vision of creating content, not just for the Indian audience, but for viewers worldwide”

Sharing more about Vadhandhi – The Fable of Velonie, the writer, director and creator of the series Andrew Louis said, “I am elated to present my work to such a wide audience through Prime Video and look forward to its worldwide premiere on 2nd December. Besides the twists, turns and thrills of this whodunnit crime thriller, Vadhandhi is thought-provoking and will connect with viewers on an emotional level. To be able to give this eminent audience at IFFI, a first look of this story and to witness their reactions, is even more exciting for me. Being here today is truly an honour.”

SJ Suryah, lead actor of Vadhandhi – The Fable of Velonie shared, “I am excited to be at IFFI for the showcase of my streaming debut and to witness the audience’s reactions to it here. I cannot think of a better way to enter the world of streaming, than with Vadhandhi on Prime Video, with the support of a brilliant team including Pushkar and Gayatri, Andrew Louis, and the power-packed star cast. I am counting days for the worldwide premiere on 2nd December, and I am sure audiences are going to binge-watch this series, as soon as it launches. I am confident that this thrilling, yet emotional story will resonate with audiences the world over.”

“I am thrilled to be at IFFI for the showcase of Vadhandhi – The Fable of Velonie, my debut project. I am thankful for this opportunity, that millions can only dream of, and so happy to see the audience’s reactions. It is a dream come true to be a part of the series and getting to work with such an amazing, experienced and supportive team,” said actor Sanjana. “I can hardly wait for the worldwide release of the show and hope that everyone will love it.”