Director Kiran Raj K’s upcoming movie ‘Charlie’ starring Rakshit Shetty and a Labrador dog has already created good sensation. The movie revolves around the relationship and bonding between the protagonist Dharma and a dog named ‘Charlie’ that is laced with adventure and entertainment. Actor Rakshit Shetty, who was last seen in the movie ‘Avane Sriman Narayana’ has produced this movie and played the lead role as well. While the movie is scheduled for worldwide theatrical release on June 10, 2022, the entire team was present for the Pre-Release event to promote the Tamil version in Chennai. 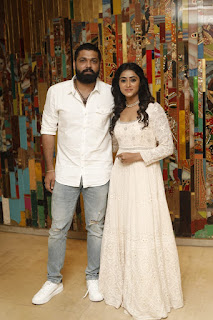 Here are some of the excerpts from the event.

B Sakthivelan of Sakthi Film Factory said, “Karthik Subbaraj screened this movie and asked if I could release it. I would like to express my views that the pet dog that has acted in the movie deserves ‘Best Animal Creature’ for its beautiful work. I am still in awe of this movie, and can’t imagine, how the makers have narrated such a beautiful story. I am confident that 777 Charlie  is going to be a cherry-pick for kids and pet lovers.”

Actor Raj B Shetty said, “I have played the role of veterinary doctor in this movie. I wanted to be a part of this ambitious project. I would have never come up with the idea of producing this movie, but Rakshit has made it. It is such a challenging project, and it will definitely offer a wonderful experience to the audiences in the theaters. I thank filmmaker Kiran Raj, Rakshit Shetty for making me a part of this project. I thank Stone Bench for releasing this movie.”

Stone Bench Karthikeyan said, “We were stunned watching this movie. Myself and Karthik Subbaraj were into deep discussions as we were awestruck with this mind blowing project. We weren’t able to figure out how they made such a project with so much of perfection. Only the ones with insatiable passion for cinema will be motivated to make such movies. Soon after watching this movie, we decided to release it. We felt excited to be a part of great movie. I wish and congratulate Rakshit Shetty and director Kiran for their wonderful work. It’s really unimaginable and surprising to see the dog rendering a wonderful performance. The dubbing crew has taken scrutinizing efforts in making this project look like a direct Tamil movie. I thank SJ Suryah sir for his earnest support. I wish great success to 777 Charlie.” 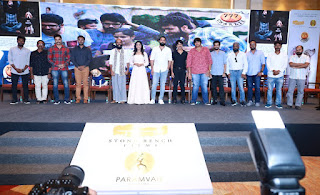 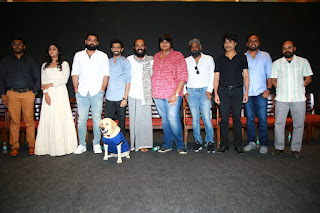 Actress Sangeetha said, “Not all actors are blessed to get a chance to work with pet dogs, and it has been an unforgettable experience for me. I am proud for having been a part of this movie. The director, producer, editor, Music director and almost everyone in the movie have delivered an impeccable performance. I request everyone to support this movie.”

Director Kiran Raj said, “I am a great pet lover and hence wanted to make such a movie. I clearly knew that the movie will throw lots of challenges even before kick-starting the project. However, we were still confident that we can pull it off efficiently. Soon after listening to the script, Rakshit Shetty gave confidence that we can get it materialized.  He wasn’t bothered about the budget, and didn’t want to compromise anywhere. Actors Rakshit, Sangeetha and everyone from the team have given 3 years of dedication towards this project. Just as in Kannada industry, we wanted this movie to get released through the proficient teams in other regional languages. We are happy that Karthik Subbaraj showed interest in releasing this movie. The Tamil dubbing crew has been extraordinary and the dubbing artist Sekar has spoken better and best than the hero himself. The clarity I had upon this project was same with the producers as well. I am sure, none will be judging this movie as a dubbed one, and it will look exactly like a direct Tamil movie. We were in deep pursuit of dog for the role of ‘Charlie’ and got  the perfect one after prolonged search. I request everyone to support this movie.”

Director-Producer Karthik Subbaraj said, “The movie industry is reviving after the long shut down of Corona. I have already shared a close bonding with Kannada movie industry. I have already watched the movies of Rakshit Shetty earlier. I watched the 15 minutes of this movie without any expectations. I thought it would be a gangster movie, but was shocked and surprised to see a different premise out there. I wanted to be a part of this great project, and hence decided to release in Tamil. I was confident about this movie success. It’s unbelievable that 777 Charlie  marks the directorial debut of Kiran Raj. It’s a great challenge to make a dog act. We had tried the same in our movie Iraivi, and later deleted those scenes, as we weren’t able to get the final output perfectly. This story is a must-to-be told one, and everyone will get a new lease of hope in their life after watching it. The movie is getting released in Tamil, Kannada, Malayalam, Telugu and Hindi. I request everyone to encourage and support this project.”

Actor SJ Suryah said, “If today, I am seen in good and promising onscreen roles, it’s all because of Karthik Subbaraj. I express my heartiest wishes and congratulations to the entire team of 777 Charlie. The passion and vision of director has made this project achieve such a fabulous output. Initially, I thought this movie is a low-budget fare, but was surprised to see it being filmed across various part of the country in grandeur. This loveable dog Charlie has delivered a beautiful performance. The emotions it has delivered in this movie is extraordinary. This is a good content-driven story, and I am happy that it is getting released through Stone Bench. They would never miss from releasing a good movie. This will be a completely fresh and different experience for the audiences in Tamil. The earnest dedication of Rakshit Shetty sir deserves special appreciations. I request the people of Tamil Nadu to support this movie.”

Actor Rakshit Shetty said, “This is a very special and close to heart project for me.  777 Charlie has personally transformed my life in many ways. The movie was completed 1 ½ years back itself. Being a producer of this movie, I had the thoughts of releasing it on OTT platform. However, after watching the final output, I had self-assurance that, whatever, maybe the situation, I have to release it in the theaters. Every movie isn’t possible to be acknowledged as Pan-Indian movie, but this one has lots of qualities that will make it so for there is such content in this flick. The efforts and dedication of entire movie crew has been outstanding. Stone Bench was the first one to associate with this project. They have always encouraged good contents. I thank them for adding their Midas-touch to this project.” 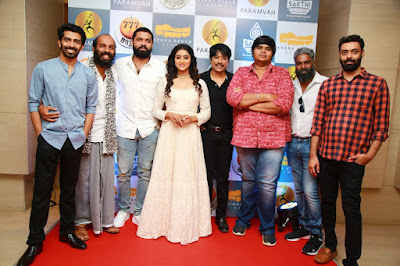 777 Charlie is produced by Rakshit Shetty and GS Gupta. Director-producer Karthik Subbaraj is releasing this movie in Tamil through his Stone Bench Productions,  Rana Daggubati in Telugu and actor-producer Prithviraj in Malayalam. The film has been shot across Mysore, Bangalore, Chik Mangalore, Goa, Rajasthan, and Kashmir. Raj B Shetty, Sangeetha Sirungeri, Danish Sait and Bobby Simha have performed prominent characters. Nobin Paul has composed songs and BGM for this movie. Aravind S Kashyap has handled cinematography, and Pradeep Shetty has taken care of editing. 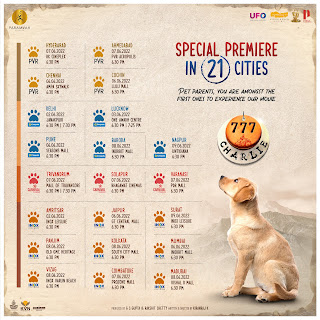 Spiking up the expectations to a greater level, 777 Charlie is all set for the worldwide theatrical release in Tamil, Kannada, Malayalam, Telugu and Hindi on June 10, 2022.