A love for films and sports bind people beyond boundaries in our country.  ‘Dhoni Kabadi Kuzhu’ is one such movie which brings together not one but two sports making a deadly combination indeed. 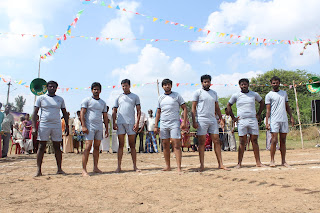 Today, as a tribute to the star cricketer, on Dhoni' birthday the team released the first look poster of the title logo


The film features Abhilash in the lead role as a kabadi player. He shot to fame as a child artist through the TV series ‘My Dear Bhootham’.  Recently, his performance as an antagonist in ‘Nagesh Thiraiarangam’ got him a good response  Sharing his experience working in this film Abhilash says, “The title ‘Dhoni Kabadi Kuzhu’ itself reveals the story. In our Tamil industry, it is has been proven time and again that a good story is the hero. Obviously,  our film’s major strength is the story. I would say, the film revolves around two heroes – Cricket and Kabadi.” 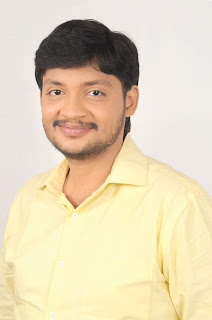 Being a part of sports based film he worked hard yraining himself for the role, spending a month in the interiors of TN where the story is set by director Ayappan. training to gain perfection in these games. “Cricket has always been a part of our lives. I have been playing ever since my childhood.But  I had to put in additional  effort to make it through with Kabadi". And if you are wondering what is the Dhoni connect in all of this then the director  has an answer, " The kabadi players in the film are fans of Dhoni. So they name thier kabadi team after him like the title suggests. "

Talking about others in the star-cast, the actor adds, “I wouldn’t say that I am playing the lead role, there are 8 other important characters in the film, which are playing protagonists.”

Filmmaker P Iyyappan, a former associate of director A Venkatesh makes his directorial debut with this film. When asked if this film is based on real life incidents, he clarifies, “ This is a purely fictional story but has some inputs based on my own experiences. I grew up playing Kabadi in my school and was a champion. But later all my friends' interest shifted towards cricket. Initially, I used to be angry with my friends when they played cricket. But gradually, I too was attracted towards it and started playing it. " Now the passion for both these games seems to be reglected in his debut film! 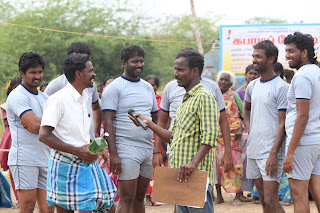 But sports apart, Dhoni Kabadi Kuzhu will be a kind of movie that has a specific social message. " I cant reveal what it is right now but, its about something  adherent to our nativity and our culture.”

Apart from the actors, some of the real life Kabbadi players are also part of this film. "40 new actors who have been struggling to get a foothold in cinema have been cast in the film because I wanted to do something for them, "says Ayappan.
Leema, who shared screen space with Dulquer Salmaan in ‘Pattam Pole’ is playing the female lead. Others in the star-cast include Thenali, Saranya, Senthil, Pugazh, Vijith Saravanan, C.N. Prabakaran, Rishi, Naveen Shankar, Sujin, Peter and few more.

P. Iyyappan has penned the story, screenplay and dialogues apart from wielding the megaphone. are the technicians involved in the film.
The film was shot against the backdrops of  Viluppuram, Ulundurpettai and Kallakurichi in 40 days. The post-production work is on full swing and plans are going on to release the film by August-September 2018.