- October 17, 2018
Sandakozhi 2is all set to release on October 18th. The film stars Vishal with Keerthy Suresh reprising the role of Meera Jasmine in the original. The villain is played by Varu Sarathkumar. The film is directed by Lingusamy and produced by Vishal. This is Vishal's 25th film.
Here are some interesting trivia revealed about the film at the unit's press meet. 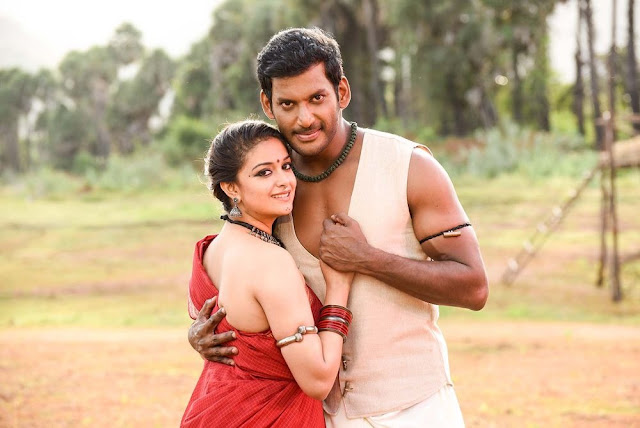 *Veteran actor Raj Kiran  plays Vishal's father. Vishal has great respect for him and that reflected in his performance as well and helped strengthen the father-son screen bonding.
* Varu was thrilled to be working with Raj Kiran and admits that his valuable inputs helped her to sharpen her villain performance.
*This is the second film Keerthy and Varu are starring in together. They are co stars in Vijay's Sarkar as well.
* There is a powerful climaz scene in which Varu has done action scenes with Vishal.
* Ganja Karuppu and Muniskanth are also part of the film.
* Keerthy had to learn the Madurai slang for her role. She took a lot of effort to get the body language also right.
*She has dubbed for herself in Tamil and Telugu.
*Vishal feels that the villainous performance of Varu will leave a lasting impression when audiences leave theatres. 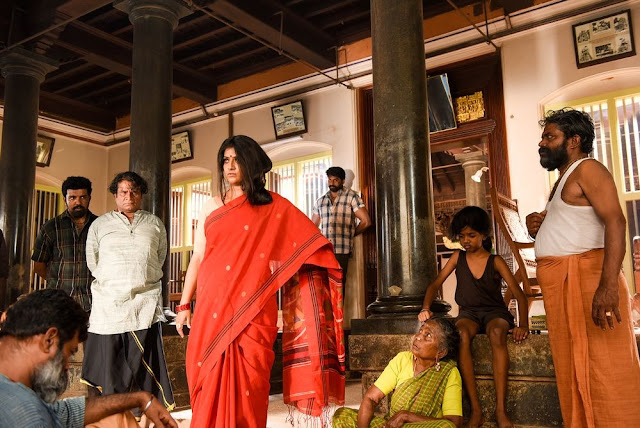 * The shoot was delayed when Vishal had to suddenly leave for the US to treat his migraine.
* The story revolves around events at aThiruvizha. A crowd of nearly 1000 junior artistes and crowd  had to be managed for several scenes.
Keerthy Suresh Lingusamy Sandakozhi2 Varu Vishal