Sai Productions Ivanukku Engeyo Macham Irukku, directed by AR Mukesh,  is a remake of the Telugu movie Guntur Talkies.
A grand press meet  was held on 22nd November, attended by the cast and crew. 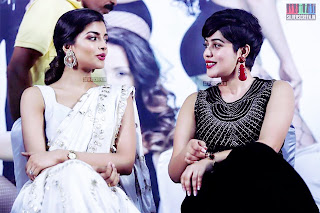 The producer of the film is none other than actor turned producer Sharmiela Mandre from the Kannada industry. Hailing from a family of producers, the film marks the Kannada actor's  debut as producer. She also acted in the Tamil movie Mirattal opposite Vinay Rai. 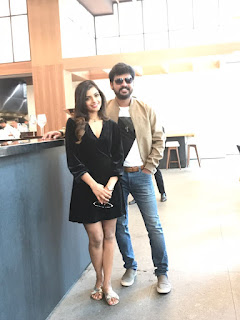 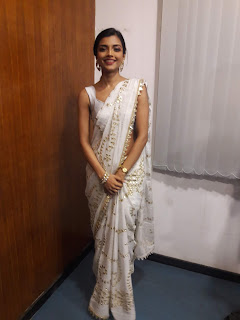 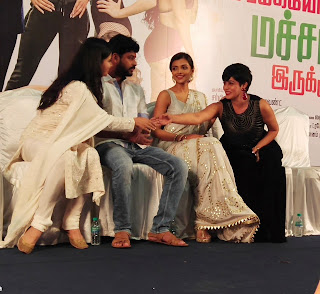 Ashna Zaveri who spoke in Tamil at the event revealed that this was her first role as a village girl.
The film has been shot on several locations in London. 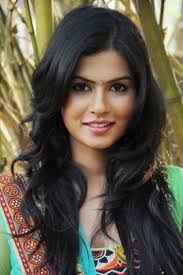 Poorna plays a cop in the film. Her role was played by a male actor in the original. This is Poorna's second film with Vemal, after Jannal.
Kandhas master has played a character  in the film. 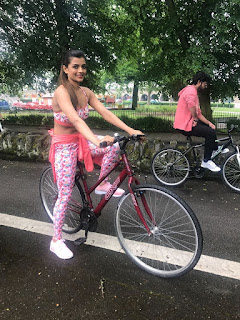 Vemal, who arrived a little late, explained that he had been to his native village and had become involved with Gaja Cyclone relief work after going to meet his parents who were in the affected area. 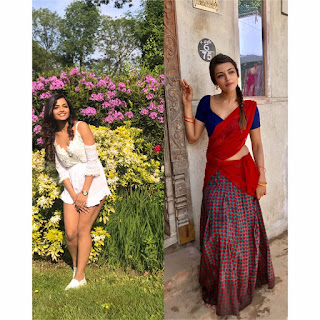