Arun Vijay's film, Boxer, to go on floors from March


Actor Arun Vijay  has always been on the ‘Get-Go’ mode to grab energy-consuming roles. He is completely invigorated over his upcoming film ‘Boxer’, which he feels has all extremities to unleash his potentials. 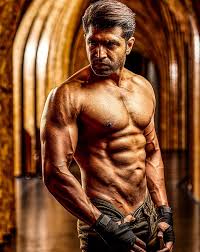 The film is bankrolled by V Mathiyalagan of Etcetera Entertainment, which is based on boxing sports. Sharing his words of excitements, Arun Vijay says, “Everything from the inception of project has been enthralling me. Even the announcement was a surprise as we had initially planned to make it by January 2019. But it came as an unheralded birthday gift from producer V Mathiyalagan sir of Etcetera Entertainment. I am completely charged up doing this project as I had always dreamt of doing a sports based film. The script has lots of emotional and inspiring elements that instantly appealed to me. Usually, sports based films we have seen till now will have a struggling protagonist rising to fame at end. Whereas here in this film, the hero will be a top league boxer by the beginning and he has to confront his own negatives to push the bars ahead.”

The actor will have his training kick-started in Malaysia and Vietnam from December. “It will include both freestyle boxing and martial arts, where stunt choreographer Peter Hein got me in touch with some of the best masters to train me,” says Arun Vijay

On his part, debut filmmaker Vivek, a former associate of director Bala says, “Initially, when I completed the first draft, I realized that the protoganist emotions was so deep and I was disturbed by it. Later, I narrated screenplay treatment  to Mathiyalagan sir and he felt the same and thrilled. I didn’t have anyone in mind. But later while flipping through the final draft, I could feel Arun Vijay sir would befittingly strike it well with 100% perfection. Of course, he is already an epitome of huge inspiration for many when it comes to fitness and workout. Coincidentally, producer Mathiyalagan sir too felt the same and then I narrated the script to Arun sir. He was so much impressed and admitted that working in sports based film was his long run dream.”  Filmmaker Vivek adds that although the film will have racy course of narration with emotions, there will be a lovely romantic track as well.

Right now, Boxer is in its period of overture, where the cast and crew are yet to be finalized. For the moment, Markus A Lujungbern(DOP) from london has signed the project and female lead approaches in Bollywood is in process

The film is produced by V Mathiyalagan of Etcetera Entertainment, who recently took over the complete rights of Nayanthara’s Kolaiyudhir Kaalam. Shooting of this film will go on floors once, Arun Vijay completes wrapping up with ‘Agni Siragugal’, which has Vijay Antony in another lead role, directed by filmmaker Naveen.