Action King Arjun completed  his portion for the shooting of Kolaigaran.  The moment was celebrated on the location by the team with the cutting of a cake. 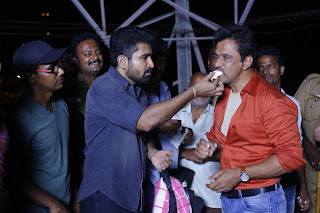 The film stars Vijay Antony and is directed by Andrew Louis ( of Leelai fame). Arjun was part of the Vishal starrer Irumbu Thirai in a negative role which received a stupendous response and was a big plus for the film. His presence in Kolaigaran is bound to raise expectstions from the film. Further, director Andrew Louis returns to the screen after a long hiatus with this film. His film Leelai was well recieved by audiences. 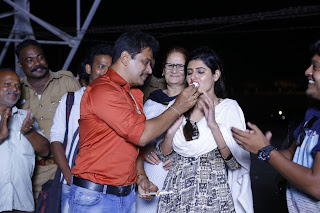