Director A Venkatesh has produced a film titled, Nethra which had its audio launch today. 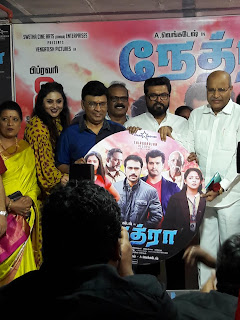 The film is a thriller- based story shot majorly in Canada. The flick  has ample stunts, chases, romance and comedy to keep audiences engaged he revealed. 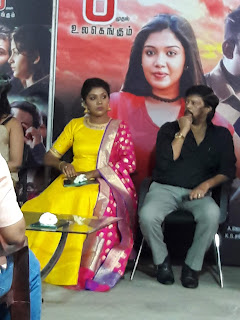 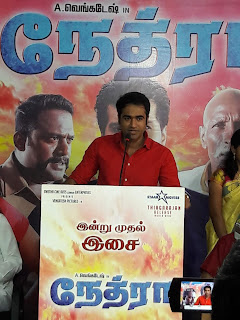 The end climax is supposed to be something nobody will be able to guess.
The shooting was held in very difficult circumstances with temperatures going below minus 25degrees in some places, in Canada. 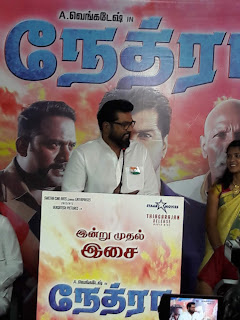 The grand audio launch was attended by dignitaries like Namitha, Thambi Ramaiah, K Bhagyaraj, Sarathkumar, Perarasu,  Taman Kumar and Vasanthabalan amongst others.
Robo Shankar has done 5 different get -ups in the film.
The film is produced by Swetha Cine Arts ( Canada) and Venkatesh Enterprises. The music is by Srikanth Deva. The film releases on February 8th.