Media had been rife with rumours about Soundarya Rajinikanth's upcoming wedding to businessman and actor Vishagan.
Now looks like the rumours are true after all. None other than Soundarya herself has confirmed her upcoming nuptials with a tweet and a photo of herself in bride-mode. 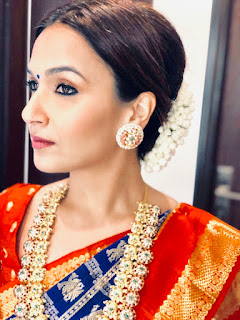 She has tweeted '#one week to go' , '#blessed' '#bridemode #vedvishagansoundarya #family '
referring to her son from her first marriage, Ved, 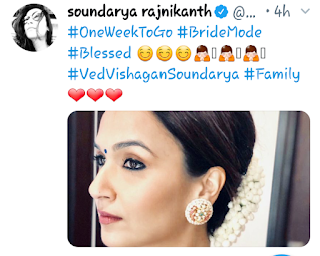 fiance Vishagan and herself as family. The wedding is touted to be on 11th February. 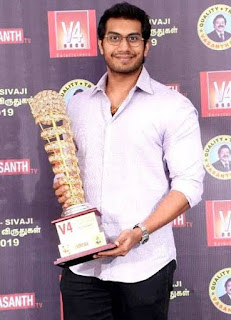 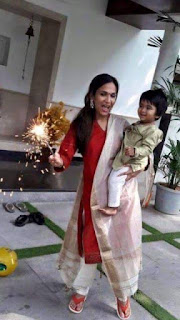