S Focuss Production and Distributions's film Kupathha Raja is ready for release this week.
The film is the debut direction of dance master Baba Bhasker. ' It was GV Prakash my hero who gave me encouragement to direct. Parthiban sir gave me the confidence to go ahead with this script. Im very grateful that he agreed to be part of this film.' 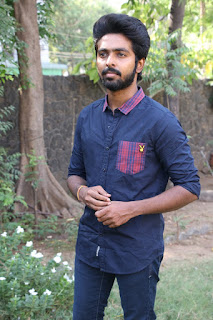 The film stars GV Prakash, Poonam Bajwa, Madhumita,  MS Bhasker and Palak Lalwani.  The director thanked his  producers for standing by him as a support at all times. The art direction is by Kiran who was familiar with the North Madras  area where the film is set.  The film was completed in 58 days.  There are 35 artistes in the film apart from 150 junior artistes disclosed the director. ' Poonam Bajwa and Palak were both very dedicated with healthy competition amongst them. Dilip Subbrayan and Anbariv are the stunt directors.The story is based around Vanarapettai.  It was Dhanush who put me on the path as a dance master.  Now it is GV Prakash who put me on the path of direction.' 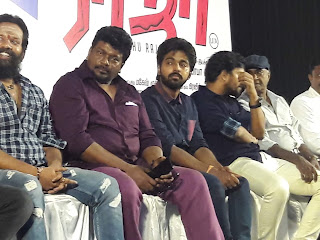 About Yogi Babu he said ' He plays Kai Saama. He's a mic mechanic and a full fledged character and not just  a comedian in the film.' 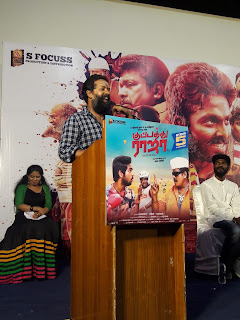 Actor Parthiban said, ' When the director told me this story I wondered for some time about donning the MGR thoppi and glass.  But the character is not a bad guy; he  seems like a bad guy only to the hero GV Prakash in the film.'