- April 05, 2019
by Rinku Gupta
The much awaited, Marvel's  Avengers Endgame Tamil anthem was released at a glittering ceremony at a star hotel in Chennai. 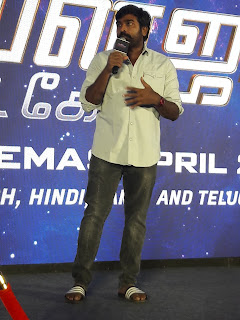 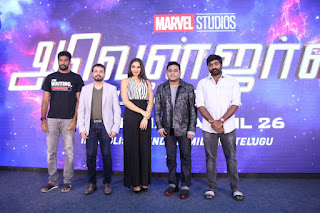 The event was graced by AR R ahman who has composed the Tamil anthem which was screened with Rahman dancing and jiving to the music. 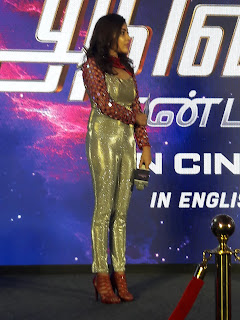 Vijay Sethupathi who has given his voice for the Iron man character in Tamil and Andrea Jeremiah who has dubbed for the Black Widow were also present  Vikram Duggal of Marvel India welcomed the guests and spoke about the much awaited film which is releasing on April 26th in English,  Hindi, Tamil and Telugu. 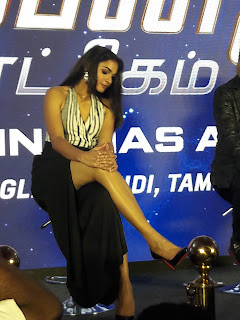 Aditya, son of AR Murgadoss (who had written the Tamil dialogues ) was also present. Veejay Ramya quizzed the guests on thier ecoerience of working on the film. Recently, the Hindi anthem composed by Rahman was also releases in Mumbai in the presence of director Joe Russo. 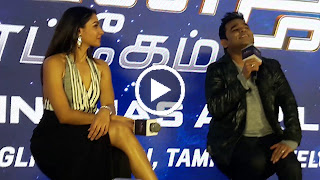