- July 04, 2019
By Rinku Gupta
Kadaram Kondan produced by Rajkamal Films International starring Chiyaan Vikram, Akshara Haasan and Abi Haasan with Lena, had a grand audio launch in the presence of its cast and crew and guests at a star hotel. 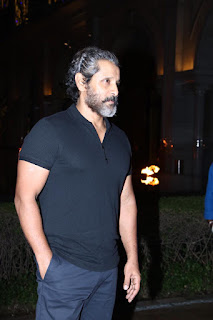 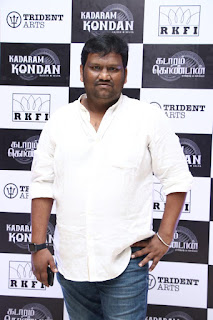 The highlight of the evening was the praise heaped upon his lead actor Chiyaan Vikram, by producer Kamal Haasan. " Vikram has displayed such style style and panache iin the film, an entertainer which will delight his fans."
Kamal also announced the release date of the film as July 19th
(click here for Kamal Haasan' s speech).


Vikram recalled how as a student he would watch Kamal's films in boarding school and added that he was a die hard fan of 16 Vayadhinile which is the one classic he would like to see remade , and play Chappani's charcter. ( click here to watch Vikram's speech).
This is music director Ghibran's 25th film and RajKamal Film's International's 45th project. The film is directed by Rajesh M Selva.