Actor Sriranjini ( whose film Aadai is releasing this Friday) , is on a roll with several  projects in her kitty, in Kollywood and even Tollywood.

She was much appreciated for her role in director Lakshmy Ramakrishnan's  House Owner,  by the public and many from the industry as well. 'It was wonderful when industry colleagues like Samudrakani called me up and appreciated my performance,' says Sriranjini. One of the cherished highlights for her was meeting director Mysskin who complimented her on her performance, at the special screening. 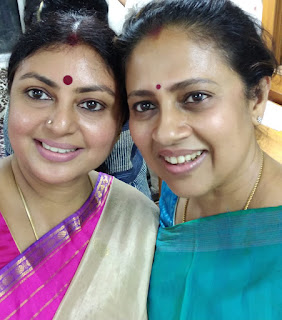 She is playing Amala Paul's doting mom in director RathnaKumar's Aadai releasing this Friday. 'Amala Paul and I have worked before together and she gave me a big hug when we met again. We were extremely comfy acting with each other, and that rapport helps immensely and translates on screen.'

She is all praise for Amala for her bold role in Aadai, ' She is a courageous girl who is prepared to face any consequences and possible controversies if any, and daring enough to carry off such a  role. Its a very challenging working for a role like this and needs immense emotional strength," says Sriranjini. 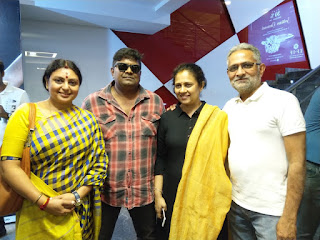 The actor is currently shooting for  Sangha Tamizhan in Karaikudi with Vijay Sethupathi, Nasser, Nivetha Pethuraj and Tulasi. This is her second film with director Vijay Chander after working as Simbu's mom in Vaalu. ' I think there will be something special for me. I'm looking forward to working with Vijay Chander.' 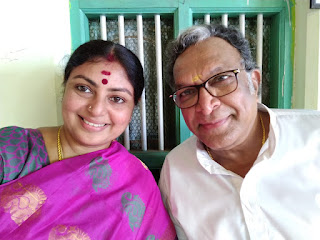 In Tollywod, she will be seen in the Ravi Teja starrer Disco Raja, which hss music by Thaman. ' This is my second film with Ravi Teja,' she reveals.

She likes working with fresh talent as well and is also part of newbie director Sabarish's untitled film for which she has just finished shooting in Thanjavur. ' He has won many awards for short film including The Last Kiss which won international awards. It was fantastic to work with this team. So tiring but well worth it'. 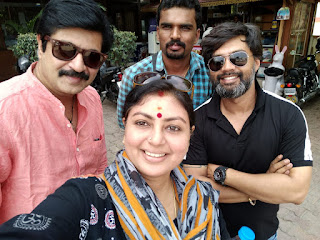 Doodi is another Tamil film, directed by newbie Karthik which she is part of. 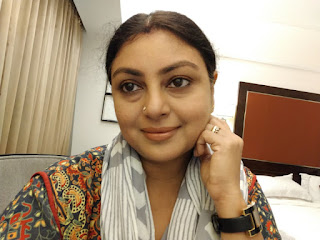 Sriranjini is doing her first English language  film directed by Harry Mclure , called Calcutta Im Sorry for which she will be shooting in Chennai this week. 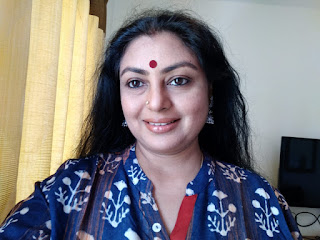 Sriranjini, a multi- tasking actor, mom and home maker,  never ceases to surprise, as she reveals, ' I just completed my MSc in Counselling Psychology. I joined Madras University and somehow completed the degree juggling between shoots. When I got my degree I was in tears and couldnt believe my eyes. it was extremely challenging and I had to study at nights.I' m happy that I'm now a member of the Chennai Counsellors Foundation ( CCF) and my aim is to become a counsellor one day. Everyone needs someone to talk to, especially in today's fast paced world, and not judge them. I want to be that someone.' We wish this multi-faceted personality all the best !
Aadai AmalaPaul Sangha Tamizhan Sriranjini Vijay Sethupathi