The rise of Tollywood hero Vijay Deverakonda (Pelli Choopelu, Arjun Reddy, Geetha Govindam, Dear Comrade amongst others) has been phenomenal, based on talent and sheer perseverance (considering he comes from a totally non-filmi background). The actor has a huge fan base, especially  amongst the youth whom he affectionately has termed as his Rowdy Boys . 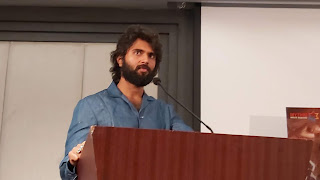 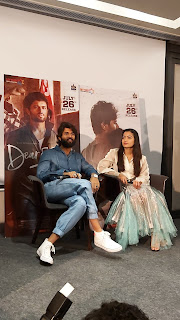 Now  Vijay has stepped into film production with the launch of his company King Of The Hill. The maiden venture will be a Telugu film titled Meeku Maathrame Cheptha. The interesting tagline is ' my best friend's secret'. While making the announcement on social media,  in his typical novel and quirky style, the actor also posted a fun video on You Tube about the project. He also released the First Look poster of the film. 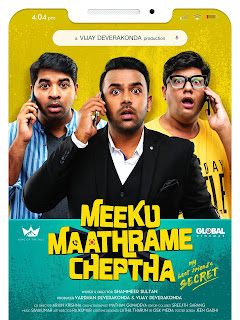 What makes the venture novel is the motivation behind it. While making the announcement on social media Vijay wrote, 'I realise how hard it is to do this and how risky but what is life without a challenge, so with most of my savings on the line I reveal to you King Of The Hill's 1st Production Title!'

The actor clearly believes in giving back to the industry which has nurtured him and the people who have been with him as pillars of support during the days of  his struggle to prove himself.

Along with this , he also seeks to encourage fresh talent, much like those who supported him and believed in him as a total newbie. For, he  also posted, 'Launching the man who launched me into the world of Telugu Cinema Herodom. Launching an all new Director, Music director, cameraman, set of actors package. Giving you my loves a laughriot for all the smiles you've givem me..' The film will be directed by Shammeer Sultan. 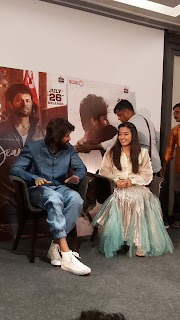