Agni Sirugugal has been in the news as the next film of Arun Vijay, with Vijay Antony.  While the initial leg of shoot happened across the crowded lanes of Kolkata, the second one went international.
Currently, the team comprising of lead actors Arun Vijay, Vijay Antony, Akshara Haasan, director Naveen and others,  has completed shooting  major portions in Russia. 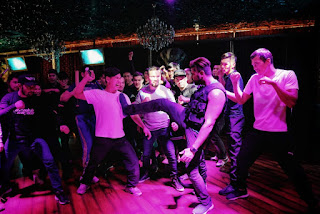 Next on the itenerary is the city of Almaty in Kazakhstan where the team will shoot hi--octane action sequences with the internationally famous Nomad Stunts team.
Nomad Stunts has performed in movies such as “Mongol,” “Nomad,” “The Road to Mother,” “Viking” and “Zhauzhurek Myn Bala” and the “Marco Polo” series (seasons 1 and 2). The group has collaborated on set with Hollywood icons including Jet Li, Chuck Norris, Arnold Schwarzenegger, Sylvester Stallone, Jason Statham and Bruce Willis.The Almaty-based Nomad Stunts is behind many of the action shots of Disney's film Mulan in Hollywood.  Mulan is considered one of the most expensive Disney projects, with reportedly a production budget of around $290 million.

The Mulan trailer was out July 7. Disney has scheduled the movie’s release for March 27, 2020.
The Nomad Stunts team has nearly 20-years’ experience and is well known for performing stunts on horses, one of the hardest types stunts to execute. They have a long history working with Hollywood and  recently, with online platforms like  Netflix.
Founded in 2000, by Zhaidarbek Kunguzhinov , the Nomad Stunts  group specializes in equestrian stunts, fight scenes and acrobatics. Working on stunts  with such a team which has worked in films of Hollywood action heroes  will surely be a high for the actors as well as something novel for the viewers. 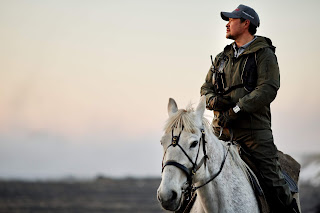 For the uninitiated, Kazakhstan, is a Central Asian country and former part of the Soviet republic. It extends from the Caspian Sea in the west to the Altai Mountains at its eastern border with China and Russia.
Its largest metropolis, Almaty, is a long-standing trading hub whose landmarks include the Ascension Cathedral, (a tsarist-era Russian Orthodox church),  and the Central State Museum of Kazakhstan, displaying thousands of Kazakh artifacts.
The shoot of the film is going on in Almaty, a picturesque gateway to mountains and lakes, making Agni Sirugualgal the first Indian film to be shot there. 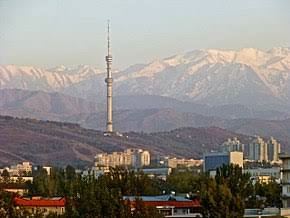 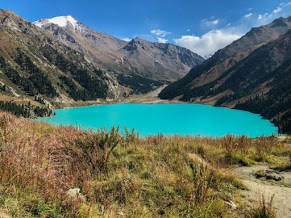 Speaking about this, director Naveen says, “The experience is purely divine and we have no words to express the beauty that is Almaty, the land of beautiful Nature and heritage. The snow capped mountains, golden sand deserts, the scenic canyon as beautiful as the Grand Canyon and many such lovely places, gives an experience of walking through  dreamlands! We as a team are extremely happy and at the same time feeling proud as Agni Siragugal happens to be the first ever Indian film to be shot here in Almaty. "

He further adds, "We will be shooting some of the breathtaking action sequences with the famous Nomads Stunt team here, which is very popular for martial arts and horse fights. We are keeping fingers crossed to offer a first of its kind stunts for audiences and are thrilled about it. I firmly believe that soon after the film’s release, Kazakhstan will turn to be a major hub of tourist attraction for Indians.”

Agni Siragugal is touted to be an edge of the seat thriller with high-octane action sequences, which is being made in three languages and will have a Pan-Indian release.

Apart from Arun Vijay, Vijay  Antony and Akshara Haasan, the others in the scast are Prakash Raj, Shalini Pandey, Sendrayan, J Satish Kumar and otherfamiliar actors. K.A. Batcha (Cinematography) and Natarajan Sankaran (Music) are the major technicians for this film, which is produced on a huge budget by T. Siva of Amma Creations.