Eagle Eyes Production Petromax is directed by Rohin Venkstesan. The film has a duration of 2 hrs 4 min with 4 main 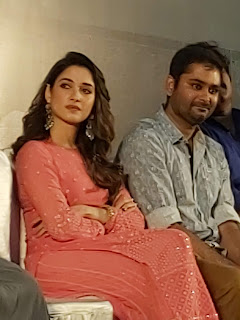 chatacters in this emotional horror comedy. Ghibran has scored the music. The film stars Tamannaah in the lead.
Thr film stars Munishkanth, Kaali Venkat, Mime Gopi, Prem , Baby Monica, KSG Venkatesh , P Krishnan and many others. The shooting was usually round the clock. The camera work is by Danny Raymond. " We completed the film is 32 days," said Prem. 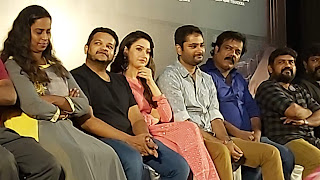 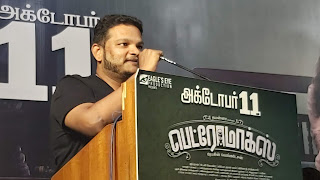 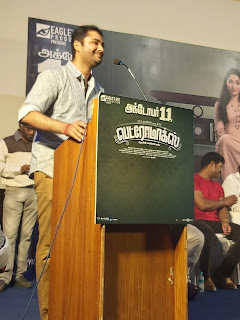 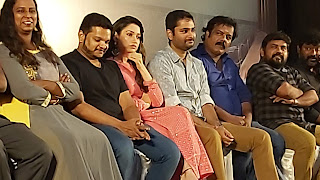 Actor Mime Gopi said, " It was a jolly set." Director Rohin said the film is a remake of Ananda Brahma in Telugu. Yogi Babu is also part of the story. Though a horror comedy it has underlying family values and relationships."
This is the second film of the director after Adhe Kangal. The actors worked long hours night and day to complete the shoot on time.
" Lets keep it pleasant and colorful instead of dark," is what we decided said Rohin. " We made small changes for Tamil audiences. I thank
Tamannaah also for her valuable inputs."

Tamannaah was happy to be part of the project and comolimented the team.
( click here to view Tamannaah's full speech)