Puppy is about pre-marital sex - Varun

- October 01, 2019
By Rinku Gupta
Vels Film International's third production after LKG and Comali is Puppy. Produced by Isari K Ganesh, the film stars his nephew Varun and Comali fame Samyuktha Hegde along with Yogi Babu.
Deepak Kumar is the camera man while Tharan has composed the music. Rj Vijay has written the lyrics. 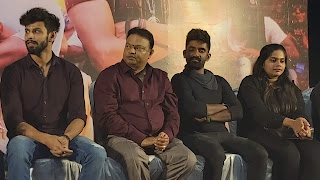 Hero Varun said he agreed to be hero of this film since being a youngster himself, the youth could relate to him. " The film is about pre-marital sex. But its not just for singles. Families can come and see this film as its a cute film with family essence, adult moments and emotions as well. We shot the film in a jolly and fun way. Dog lovers will also connect to this film. Samyuktha Hegde became a close buddy so it was difficult to do romantic scenes with her as we would end up laughing. 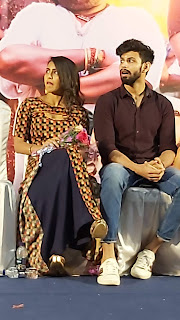 Yogi Babu gave me a lot of freedom even though I was a bit hesitant to say things to him as my senior. But he put me totally at ease."
The film is directed by debutant Morattu Single who got emotional at the event.  " I've waited 10 years for this moment.  I thank my parents, wife, daughter and friends for thier support till now. " He worked as assistant director to Kaaka Mutta Manikandan. " This is not an A film , its a U/ A film. It has no vulgarity nor nudity. Im sure the film will do my guru Manikandan proud."

The film releases on October 11th. 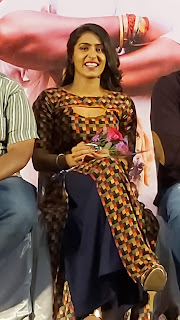