What is Aishwarya Rai 's role in Ponniyin Selvan ?


International beauty and actor Aishwarya Rai Bachchan confirms that she  will be part of ace director Mani Ratnam's adaptation of the classic, Ponniyin Selvan. During promotions of the Hindi  version of Disney's Hollywood film Maleficent -Mistress Of Evil  ( for which Aishwarya has given the Hindi voice over for the titular role of Angelina Jolie) , Aishwarya confirmed her presence in the project. 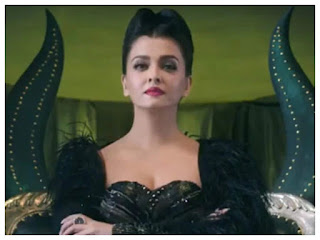 Aishwarya during promotions of Maleficent


When speaking to a leading Bollywood website, Film Companion, the Guru actor seemed eager to to work with Mani Ratnam again, " Im looking forward to the experience, one, for the sheer pleasure of working with Mani. We are going to be working with such a great team of talent and professionals with such bodies of work in thier fields, so that's something I am looking forward to. "

Reticent about sharing details about her role, she however gave a hint, " Mani is giving me again,  an interesting character to essay, layered. Its a challenge and exciting and makes me want to go to work. Its a wonderful character to get to play." 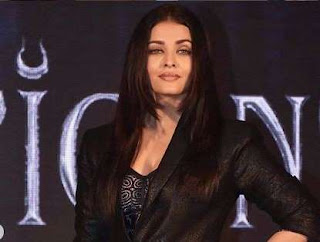 Rumour has it that Aishwarya may be playing dual roles, that of Nandini ( a manipulative character who plotted the fall of a kingdom) and her mother Mandakini Devi, in this period drama, a 2400 page historical novel  by Kalki Krishnamurthy, on the Chola king Arulmozhivarman. By revealing that her character is 'layered'  has Aishwarya inadvertantly confirmed the speculation to be true? Incidentally, for the first time perhaps, Aishwarya is backing ( via her Hindi voice over) a negative character like the Maleficent queen played byAngelina Jolie. So perhaps this is paving the way for Ponniyin Selvan as well ?

A host of actors including Keerthy Suresh, Jayam Ravi, Karthi and others are part of the giant ensemble cast. One part of the shoot is expected to go to the floors in Thailand soon.