Childhood friends meet up after a gap,  in thier native village. But their joy is shortlived when one of them wreaks vengeance on the others for the death of his father ( Bose Venkat). The story is narrated as a flashback with one more added on, which includes the Seeman and Bose Venkat portions, relating to betrayal to the cause of farmers for personal gains. Watch out for a twist in the end.

The comedy scenes dont elicit much laughter and the songs seemed forced. The stunts get one too many with the climax fight dragging on and seeming staged.
On the other hand, Vasi and Puja Sri seem to have done a good job and play their parts with aplomb. Seeman and Bose are aptly cast and up the ante in the scenes they appear in. The focus on farming as the movies central theme is appreciable.
But a better narration and crisper telling, sans unnecessary frills would have helped to make it more watchable. 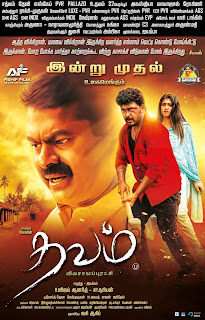