Eros International upped the ante with the release of the poster today of their three upcoming films titled– ‘Haathi Mere Saathi’ in Hindi, ‘Kaadan’ in Tamil and ‘Aranya’ in Telugu! An emotional and heart-warming drama, the three films explore the relationship between a Mahout and his elephant. 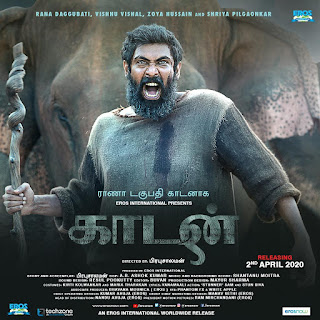 The highly anticipated drama will star Rana Daggubati as the protagonist in all three titles along with Vishnu Vishal in ‘Kaadan’ in Tamil and ‘Aranya’ in Telugu respectively. Meanwhile ‘Haathi Mere Saathi’ in Hindi will feature Pulkit Samrat as the parallel lead. All three movies also star Shriya Pilgaonkar and Zoya Hussain in important roles. 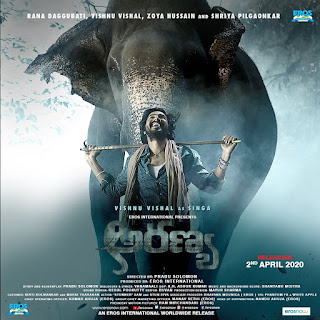 VishnunVishal in the Tamil and Telugu versions 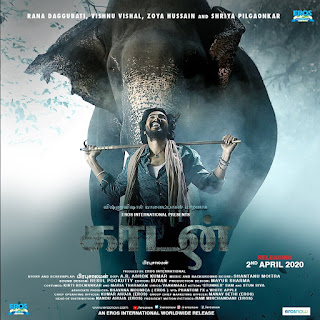 The story line of all three films have been inspired by the unfortunate event of humans encroaching the elephant corridors in Kaziranga, Assam. The films trace the narrative of a man, the role essayed by Rana Daggubati, who dedicated most of his life living in the jungle with the sole purpose of protecting the animals inhabiting it and how he becomes a pivotal part of the conflict. 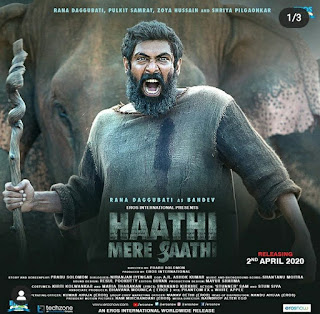 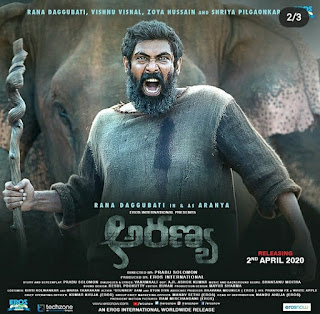 Talking about the three projects, Sunil Lulla, Vice Chairman and Managing Director of Eros International Media said in an official statement, “The narrative of all the three titles is very special. We are confident that with its unique storyline, it will be able to impress the audiences.”

Director Prabu Solomon also shared his views saying, “I am very excited about the project. The objective of bringing out a narrative of this scale in three different languages to reach out to the audiences in various parts of India. It is a subject which needs everyone’s attention and should be talked about. I hope we make a difference with the three titles.”

Helmed by Prabu Solomon, a national award-winning Tamil director and an animal lover. The films impressive VFX is done by Prana Studios who are popular for projects like Life of Pi, Thor, Bymokesh Bakshi and Planes among others. Music Director of the project is Shantanu Moitra, known for his work in films like 3 idiots, PK, Pink, Wazir, Parineeta and more along with sound designer, Resul Pookutty who has been the recipient of an Academy Award for Best Sound Mixing for Slumdog Millionaire.
kaadan Rana Daggubatti Vishnu Vishal