- February 04, 2020
By Rinku Gupta
When the grand audio launch of producers Prabhu Thilak and Shruthi Thilak's Walter film was held recently, it was a moving moment for the film's hero Sibiraj
Speaking at the event he said, " When I was a kid, my father  acted in the superhit Walter Vetrivel. I thought that the iconic Police officer Walter Devaram sir had come for the event.  I had a hazy recollection being a kid. But director of that film, P Vasu sir said that it was not so. That's why,  today,  when Devaram sir has come to our Walter audio launch, I feel really blessed.  Because our film Walter is getting the privilege of his presence,  which the original did not get. I feel honoured." 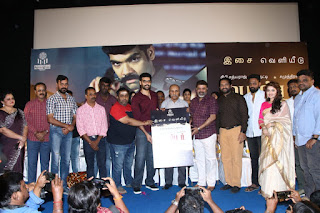 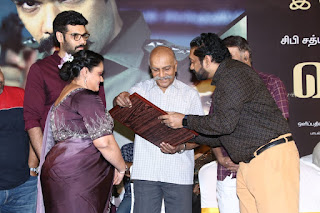 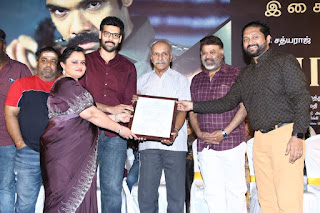 Though his father could not attend the event,  he added that P Vasu being present on his behalf,  gave him the feeling that his father was present.

The film is directed by U Anbu. The guests at the event included heroine Shirin Kanchwala, Rythvika, Sanam Shetty, Charlie and P Vasu amongst others. Natty is also part of the cast