The Telugu rom com ‘Pelli Choopulu’, which shot Vijay Deverakonda and Ritu Varma to fame,  has now been  remade in Tamil with Harish Kalyan and Priya Bhavani Shankar in the  lead roles.

The film's  title  ‘Oh Manapenne’ has been released along with the first look.

The first look posters were trending on social media upon release, with peers pouring in compliments to the lead pair. Vijay Deverakonda, Raiza Wilson, Athulya Ravi and Mahat were among those who wished Harish.

Deverakonda wrote, " Wishing the team of #OhManaPenne all my very best.  #Pellichoopulu was special and it brings the biggest smile and fondest memories when I look back at it, I hope this movie does the same for you @iamharishkalyan @priya_Bshankar " 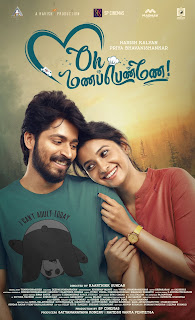 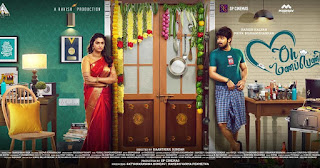 Harish Kalyan responded to positive feedback, "Overwhelmed by your response for the first-look of #OhManapenne! The love & support you guys shower keeps me going upwards! Super happy to see so many positive tweets/comments. Thanks to all the fans, media, influencers, friends & everyone ❤️🤗"

Directed by Kaarthikk Sundar, dialogues are by Deepak Sundarrajan.  Krishnan Vasant handles Cinematography  and Vishal Chandrashekhar the music. The film was apparently completed before the lockdown.

Harish always manages to share a good camaraderie  with all his leading ladies which adds to the appeal of his projects.This fresh pairing seems to bring out a good chemistry, going by the posters 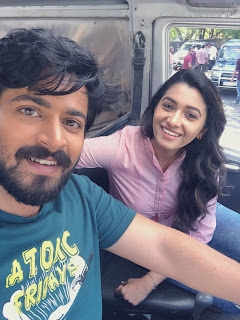 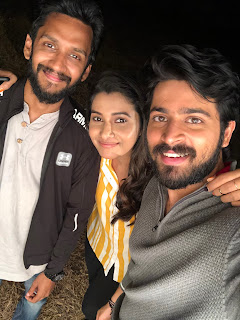 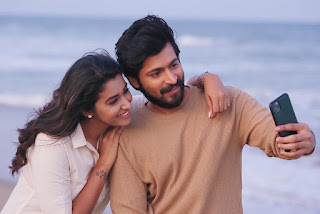 Currently, the post production work is in full swing, and the makers will be making the official announcement of the film’s release soon.

Produced by A Studios Koneru Sathyanarayana and Ramesh Varma Penmetsa its a  Havish Production executed by SP Cinemas.

Madhav Media and Third Eye Entertainment have acquired the negative rights of the film.