The first pics of the ceremony are emerging on social media,  revealing a radiant and beautiful bride, with beau Gautam, taking the pheras and doing the wedding rituals amidst  family and friends. 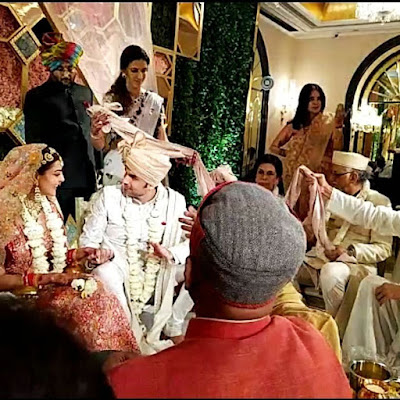 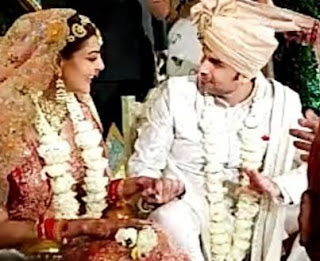 According to media reports trickling in, the sangeet and mehndi ceremonies were intimate affairs while the wedding at the exotic Taj hotel had more guests, who were all tested for Covid 19 as a precautionary measure for everyone's safety. 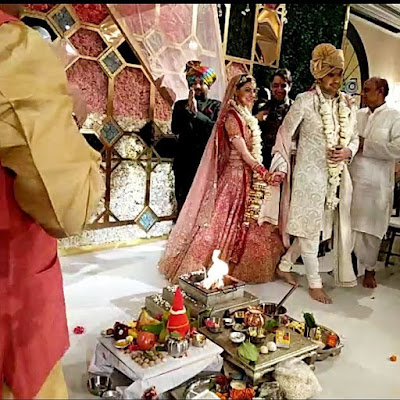 Gautam Kitchlu being Kashmiri and Kajal, a  Punjabi, the delicious fare laid out had  both Kadhmiri and Punjabi delicacies apart frim other cuisines.
The wedding ceremony itself followed both Kashmiri and Punjabi traditions and the couple kept their look traditional too. Kajal teamed  kundan jewellery with her red lehnga while Gautam wore  a cream sherwani and turban.
The wedding mandap and venue were aesthetically decorated. 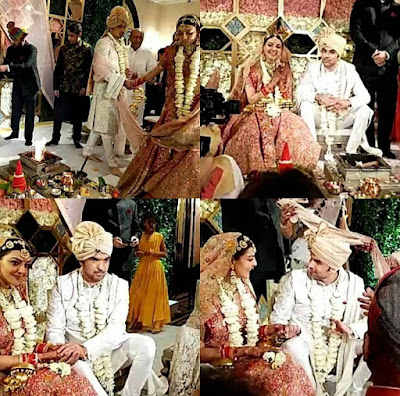 The family members of Gautam too participated whole heartedly in the celebrations, adding more warmth to the function. 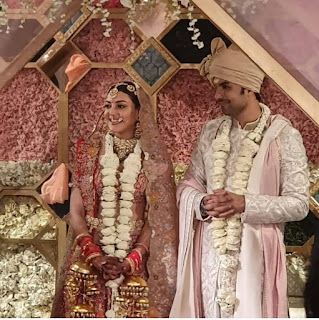 Kajal, having done a majority of Telugu movies has lots of friends in the industry. Apparently she will have a reception in December for industry folks and colleagues in Tollywood according to the grapevine. 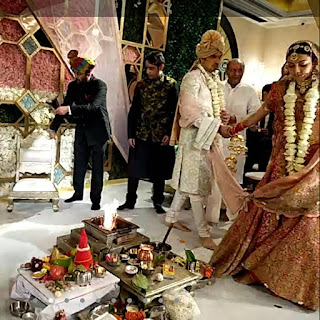 Kajal's family were emotional at the ceremony on seeing their daughter getting married. Her bestie and sister Nisha Aggarwal oversaw all the preparations with love and special care.

The couple stayed on in the hotel for the night, after the nuptials, completing some more rituals and celebrating with the family.  There is no plan as of now to fly off for a honeymoon, given the covid situation. They are apoarently planning to take off due a vacay in December or later in January.

We wish the happy couple a wonderful married life!