The first look poster of Tollywood hero Sundeep Kishan's sports entertainer is rocking on social media. Titled A1 Express, the film is a sports comedy  set in the backdrop of hockey.

The poster shows a fully toned, muscled, lean Sundeep Kishan in full winner mode. The film is said to be based on  Hip Hop Tamizha Tamil starrer Natpe Thunai. Incidentally, Hip Hop Tamizha Adhi has also scored the music for the Telugu version 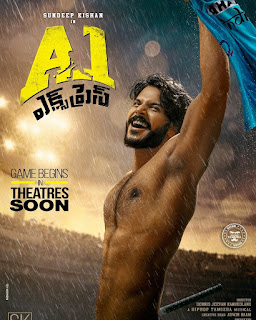 This is a big moment for Sundeep as it is his 25th film and also according to him,  Telugu industry's first hockey film. He tweeted, "Humbly presenting to you our most Ambitious Film to date,TFI’s 1st hockey film. Also Happens to be my #25th film 🤟🏽1st look of our Baby. A @hiphoptamizha 🎧" 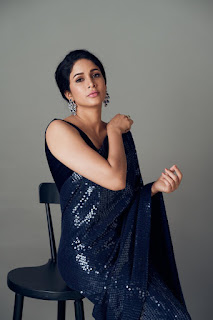