The grand launch of the Samantha starrer Shaakuntalam took place in Hyderabad today.

Attended by the lead pair and producer and director,  the film was launched in a scenic setting, with Allu Arvind giving the first clap. The event was streamed live. 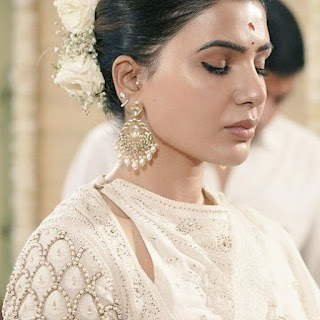 Speaking on the occasion, Samantha who plays the titular tole said, " In around 50 films so far,  I have played every kind of role and genre. But right from the beginning, to play a princess in a period film, has always been my dream role. So at this point of my career today, Gunasekar sir and Dil Raju sir have given me the biggest gift , the opportunity to play a princess, with the role of Shaakuntalam " said Samantha at the Shaakuntalam launch in Hyderabad this morning. " I hope I give it my 100 percent to what  they have envisioned." She also revealed how big a fan she was of Disney's princesses. 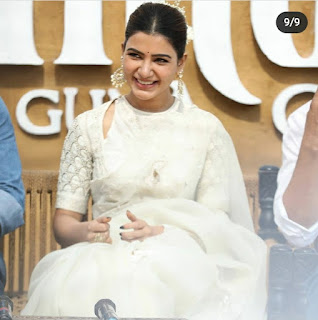 Speaking about the director she said, " I can see the passion for his craft in every detail. Every thought, every idea of his is so original. When I asked about references for this role, he said he has no reference because everything is inside his head. His vision is amazing. I am so excited to try and make sure his vision comes true." 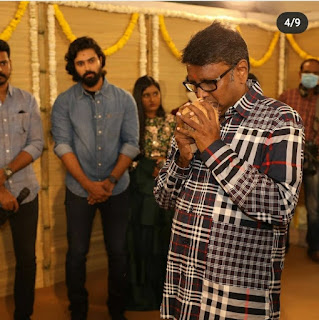 She thanked ace producer Dil Raju who is presenting the film,  for the faith in her and the magnitude of the budget and scale of the project. 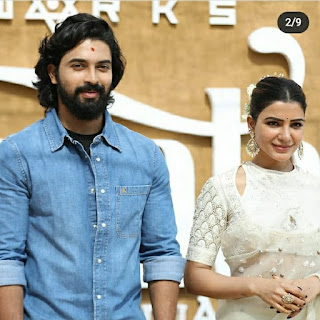 Actor Dev Mohan was thrilled to enter Tollywood with such a mega project and asked for everyone's support including Samantha's as his character is very challenging. " Guna sir was very clear about the character right down to the minutest detail. Added to that, is such a big production.  So I am thrilled to be part of this film." 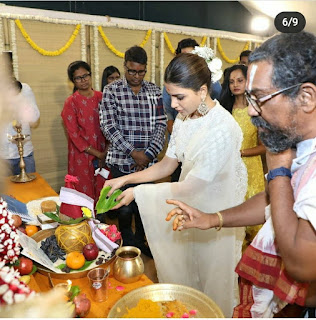 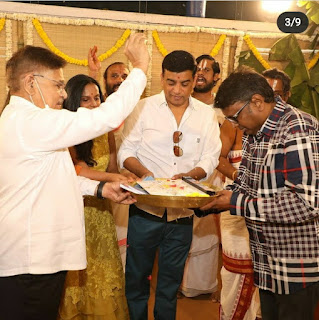 Director Gunasekhar described him as the hottest hero in Malayalam and ideal to play the Prince Dushyant in the film. He revealed that his daughter, producer Neelima Guna of Gunaa Teamworks, spotted him in Sufiyum Sujaatayum and thought him ideal for this role.  Dev spent a lot of time and learnt sword fighting and horse riding to fit the role. 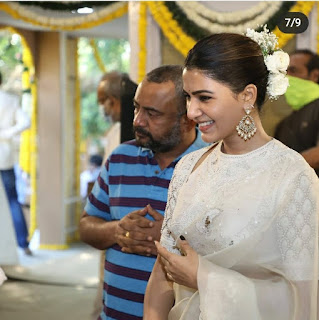 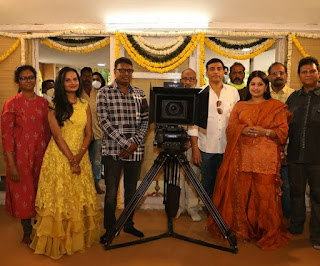 He described Samantha as a very accomplished and choosy actor. But once she was convinced,  her involvement was total  to get into the role. He added that producer Dil Raju was the main pillar in this vision of a pan-Indian film. 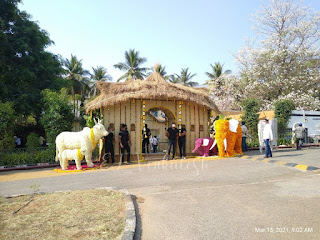 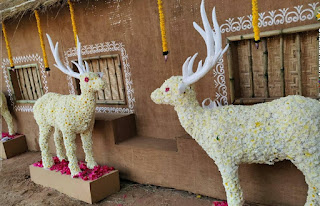 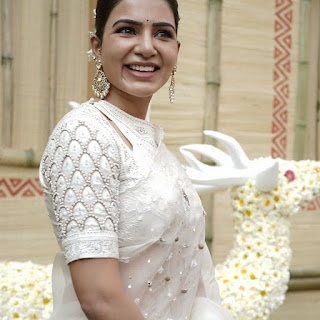 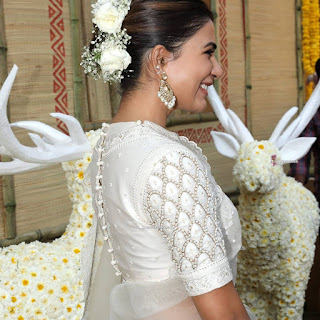 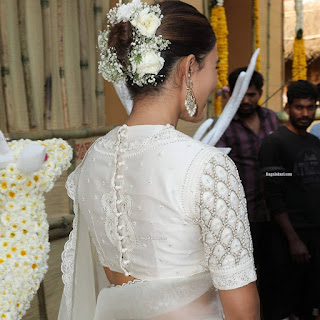 The shoot will begin next week. We wish the team all the best!
Pics: courtesy Social Media