Putting to rest months of speculation ever since Samantha dropped the Akkineni surname on social media, the much loved couple ChaySam as they were known, have announced their separation. Both actors, Naga Chaitanya and Samantha took to Instagram to make the announcement today.

The duo issued identical statements saying that they were parting ways as husband and wife to pursue their own paths, but would always remain friends. The duo had been good friends since 10 years before their wedding. 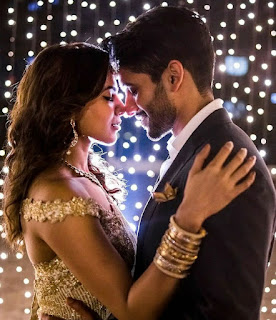 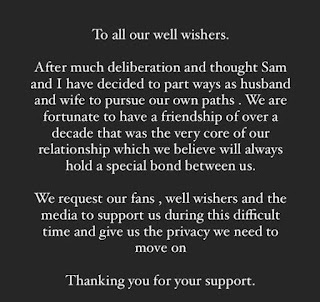 The duo had a dream wedding four years ago in 2017.  Fans are  heartbroken as the couple were a hit pair on screen and  a much loved pair off  screen.

We wish the couple strength in this tough period of their lives.