83 The Film touches a chord

The Ranveer Singh starrer 83 The Movie, a multi- starrer directed by Kabir Khan released in theatres on Dec 24th, to a rousing, emotional welcome from fans. 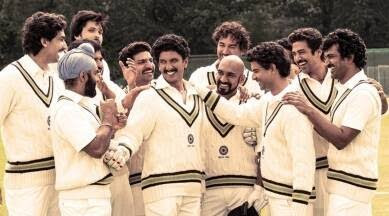 The film,  which is set around India winning the World Cup in cricket in 1983, beating all odds stacked up against them, seems to have touched an emotional chord.

Factors in its favor based on the public response include, an inimtable performance of Ranveer Singh as Kapil Dev, the captain. Every actor playing the rest of the team has put up a credible performance and been  given his place in the sun, pulling off  a complete team effort.

The film delves into the struggle of each player and the team as a whole, at a time when morale was an all time low; how each rose against the odds and brought home the Cup, beating the mighty West Indies, is portrayed and recreated in a way that touches a chord with the audience.

Even a viewer with little knowledge of cricket,  feels drawn into the story, through the highs and lows, realistically portrayed in  the narrative. The matches seem to have been recreated  with good research, lending an authenticity which leaves a mark. 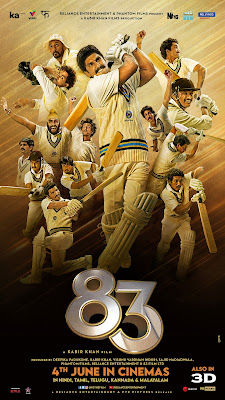