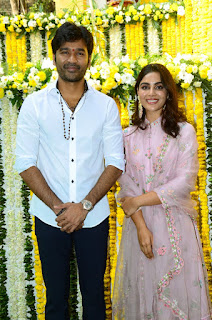 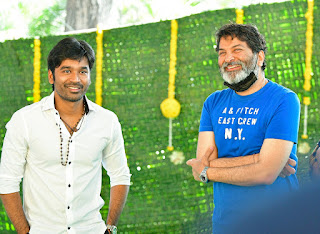 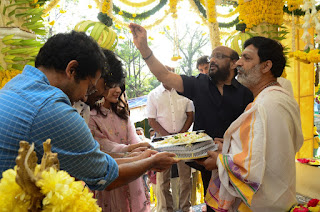 The project went on floors formally with a pooja ceremony in Ramanaidu Studio, Hyderabad today at 10.19 am in the presence of the cast, crew and distinguished guests including director Trivikram, producers KL Narayana, ML Kumar Chowdary, S.Radhakrishna (Chinababu) besides Suresh Chukkapalli, Narra Srinivas and Mahendra (MD, Pragati Printers).The script was handed over to the team by S Radhakrishna (Chinababu) of Haarika and Hassine Creations while the first clap of the film was given by Trivikram with Suresh Chukkapalli switching on the camera on an honorary note. The makers added that the film's principal shoot will start commencing in Hyderabad on January 5. 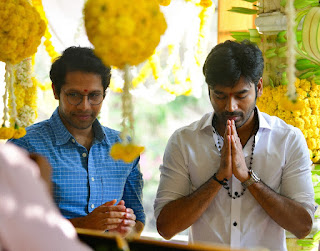 S Naga Vamsi and Sai Soujanya are bankrolling the prestigious project.The film's technical crew comprises cinematographer Dinesh Krishnan (associated with projects including Soodhu Kavvum, Sethupathi, Thegidi, Mr.Local, Maara), National Award Winning editor Navin Nooli. GV Prakash Kumar is on board as the music director. Sai Kumar, Tanikella Bharani and Narra Srinivas too essay supporting roles.SIR/Vaathi is set amid a college backdrop and the visual ambience of the film in the announcement video, filled with nostalgia, had caught the attention of many. 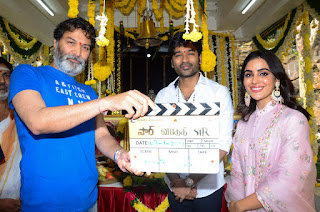