“Iraivan Miga Periyavan” written by filmmaker Vetrimaaran and Thangam is being directed by Ameer. Jaffer is producing this movie for JSM Pictures. Yuvan Shankar Raja is composing music for this film. The movie launch today in Chennai was graced by crew members of the film.

“This is more like a festival day for me. Usually, a movie launch involves a ritual ceremony with script book, but this is quite a different one. This is an inaugural function of a movie and everyone in the team felt the need of it. These days, the numbers of producers are declining, and not many are ready to embark on their journey here. Especially, a producer aspiring to make a film with me as a filmmaker should definitely own excess self-confidence. So, we as a team, wanted to introduce him during this occasion. We will share a lot about this project in many more following occasions.”

“The film is a humanistic view of the realistic nature poem written by Pramil. This conception happened with director Vetrimaaran and director Ameer inspired by poem of Pramil will translate its essence on the big screens. Director Vetrimaaran had the global perception as his inherent quality, and I have witnessed this from the time, he was assisting Balu Mahendra sir. To be precise, he has no personal inclination towards any caste and religion. As a matter of fact, every artiste should have these qualities. 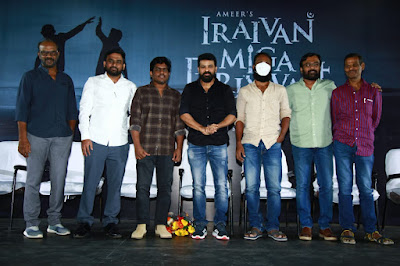 “Occasions and a stage like this is quite new to me. I have confidence that my journey with this film is going to be beautiful and amazing. I request you all to support this venture, and make it a successful project.”

“I am collaborating with director Ameer after 15 years. Director Vetrimaaran and Thangam penning script for this movie is an additional strength. I strongly feel confident and positive about this project.”

“Pramil’s one particular line from his amazing poem was the core inspiration for this movie. Soon after conversing on these influences and the story, we felt that Ameer would befittingly look perfect to helm this project. I am working on a project titled Aandavan and Ameer is making a movie titled Iraivan Miga Periyavan and both the movies have musical score by Yuvan Shankar Raja. Well, Ameer wasn’t concerned about these common factors. It is evident that the title of this movie itself will create reactions from many individuals and groups. These days, the misconception about everything has become a major problem, but this movie will justify the significance of this title. It’s really a great blessing to have the musical icon Yuvan Shankar Raja composing music for movies made by Ameer and me. We have no knowledge about music, and his Midas-touch is the greatest asset to our movies. I thank him for understanding our ideas and nourishing them through his music. Soon after the discussion, I strongly felt that Ameer is the right person to direct it. Ameer is an honest and genuine person, who is a disciplinarian, when it comes to pursuing his works.  I am very confident that the movie will achieve great success.” 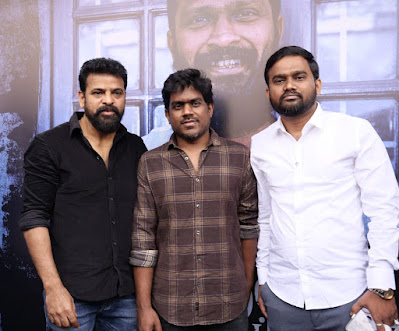 “I am still not aware about the story of Iraivan Miga Periyavan. I got a last minute invitation from Ameer that I am a part of this project, and I have to be here at this event. But I have complete confidence on Ameer, and this perpetual trust will be there forever.” 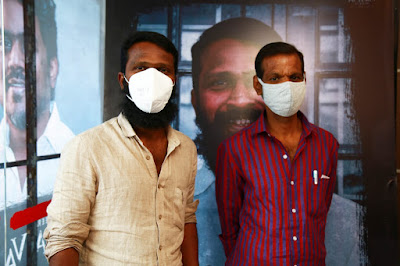 “Thangam narrated me the story before a very long time. Later, both of us got involved in our projects respectively. After few days, we felt that it’s right time to get this project materialized. Usually, I am not a big fan of writing, but I have penned the screenplay for this movie. Well, that wasn’t an easy job, and I would often discuss it with Ameer. I have made some adaptations according to the contemporary times. When I wasn’t able to direct this movie, Ameer expressed his interest to helm this project, and I felt that he would be best person than me to handle this movie. He has made slight changes to the screenplay based on his life experiences. We all wanted to showcase the current social issues through a work, and this is the reason behind our collaboration.”