One of Indian cinema's most loved actors Suriya and ace director Bala have reunited after 18 years. The film hit the floors after a brief pooja ceremony in Kanyakumari.

Tentatively titled #Suriya 41, the film is being Produced by Jyotika & Suriya and co-produced by Rajsekar Karpoorasundrara Pandian for 2D Entertainment. 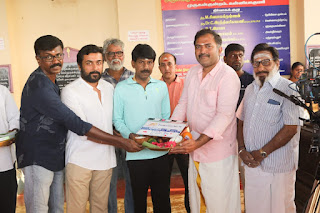 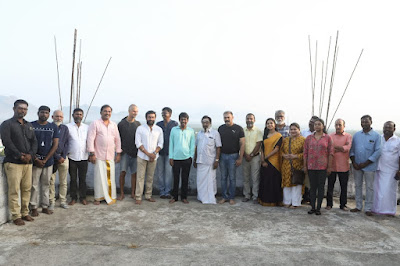 This film's plot will be completely different from the plots of films like Nandha and Pithamagan and Suriya's character in this film will be one to watch out for!

One of Tollywood's favourite heroines, Krithi Shetty, will be playing the female lead opposite Suriya in this film. This will be her debut film as heroine  in the Tamil Industry. Actress Mamitha will also be seen in an important role.

The film, which is being made on a big budget, will be shot by Balasubramaniam and have music by G V Prakash.

Mayapandi is the Art Director and Sathish Surya will be editing the film.

Sharing his thoughts on this new film, Suriya tweeted, "Been waiting for #DirBala na my mentor to say Action!!! …After 18 years, it’s happiness today…! This moment… we need all your wishes! #Suriya41."