After delivering history with the hard-hitting and global blockbuster The Kashmir Files, Abhishek Agarwal Arts and I am Buddha Production reunite to tell two more great and brutally honest tales of humanity on the big screen. 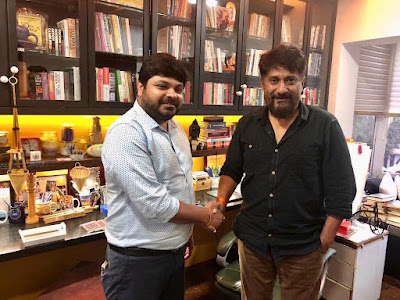 With the grand start in their combination with ‘The Kashmir Files’ which became talk of the nation after its release and is still making enough noise even today for its heart-wrenching story of the exodus of Kashmiri Pandits in 1990, its characters and honest story-telling, Vivek Ranjan Agnihotri, Abhishek Agarwal and Pallavi Joshi are on a mission to complete a compelling and gripping trilogy.

Joined 250 Cr club, ‘The Kashmir Files’ is continuing to surprise trade pundits and many including Prime Minister Narendra Modi appreciated the movie. Thus, there is huge anticipation for the next films in this deadly combination.

Tej Narayan Agarwal presents, while Abhishek Agarwal, Vivek Ranjan Agnihotri and Pallavi Joshi will produce these two films. The announcement has been made, marking the birthday of producer Abhishek Agarwal.

More details about the line-up soon. Get ready for spine chilling and unreported truths of Indian history.