Well, she conquered the spotlights of cinema halls with her stellar acting in the movie ‘Tolet’ that won several International awards followed by critically acclaimed movie ‘Mandela’. Apart from winning the appreciations of audiences, she has become the top preference of directors and producers, who have strong female characters written as they believe she can offer more soul to the respective characters. Undoubtedly, she is now the great choice for filmmakers, who come up with movies based on realistic shades. 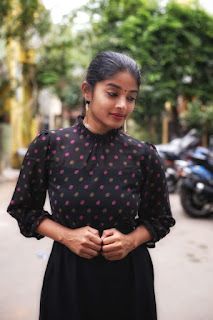 Now, as Sheela Rajkumar steps into the domain of web series, she opens upon her upcoming movie projects.

“Vetrimaaran sir is producing a web series titled ‘Petta Kaali’, which is directed by Annanukku Jai fame Rajkumar. The web series features Merku Thodarchi Malai fame Antony in the lead role. The others in the star-cast include Kalaiarasan, Kishore, Vela Ramamoorthy, and few more prominent actors playing pivotal characters. The series revolving the around the theme of Jallikattu, features cinematography by Velraj, and musical score by Santhosh Narayanan. I am playing a woman, who rears a Jallikattu Bull.

Editor Raja of ‘Golisoda’ fame embarks on his journey as producer with the maiden project. I am playing the female lead role in this movie, which has 8 Thottakkal and Jiivi fame Vetri essaying the protagonist’s character. Krisha Kurup, Ratchasan Saravanan and few others as a part of this star cast. Krishna Annamalai has directed this movie. This film centers on the serious social issues involving domestic violence against women and child trafficking that are prevalent even today. 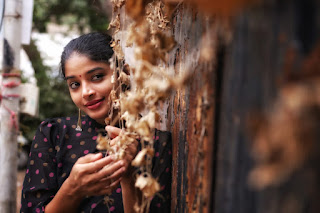 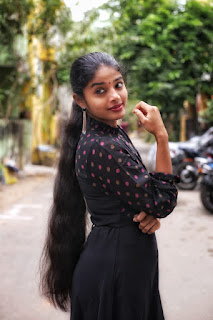 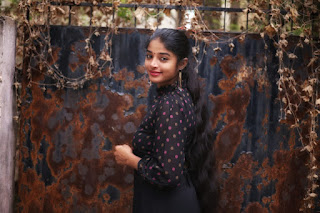 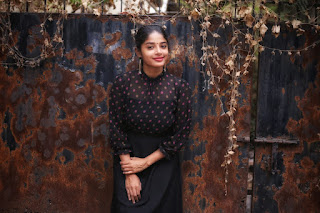 Apart from these movies, there are two more projects lined up in Tamil. The official announcements pertaining to these movies will be made shortly.

On the other end, I have already been appreciated for my performance in the Malayalam movie Kumbalangi Nights. Currently, I am acting in a Malayalam movie titled ‘Bermuda’, directed by Rajeev Kumar.

Following decent reception for my performance in the movie ‘Mandela’, I have been getting good acting offers. In another aspect, I feel blessed and elated for having been a part of such an amazing movie, which became a greater start for my acting journey. It’s exciting to hear many say that they are eager to watch my forthcoming movies after they were impressed with my performance in ‘Mandela’. I am also pretty much excited like them, keeping fingers crossed for the success of my forthcoming releases. The movies that were made during the Corona second wave is scheduled for release shortly,” says actress Sheela Rajkumar.