Actor Vishal's 33rd film 'Mark Antony' has Director Adhik Ravichandran wielding the megaphone with Producer S Vinod Kumar, who earliee produced Vishal's 'Enemy', is bankrolling the film on behalf of Mini Studios. The versatile SJ Suryah has also been roped in to play the lead.

Ritu Verma will be pairing up with Vishal for the first time. The film also stars Sunil Verma and Nizhalgal Ravi in prominent roles.

GV Prakash Kumar is composing the music for the film. Vijay Velukutty and 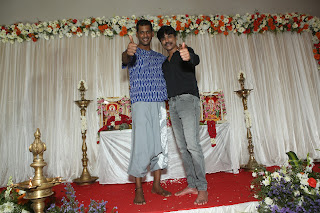 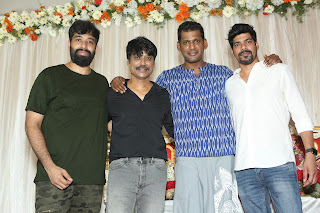 Abhinandan Ramanujam have been roped in as the Editor and Cinematographer respectively. Famous Stunt Directors Kanal Kannan, Peter Hein and Ravi Varma are doing the stunts for the film with Umesh Rajkumar doing the Production Design.

The film has been planned as a Pan Indian project, releasing in 5 languages- Tamil, Telugu, Malayalam, Kannada and Hindi.  The shooting of this film commenced with an auspicious pooja in Chennai this morning.