In a nutshell, the story revolves around a task a man undertakes. He has to dig into the lost memory of a gangster ( Arvind Swami)  and find out about a gold shipment. Who wins in this battle of wits ? Does the dangerous gangster get the better of him? 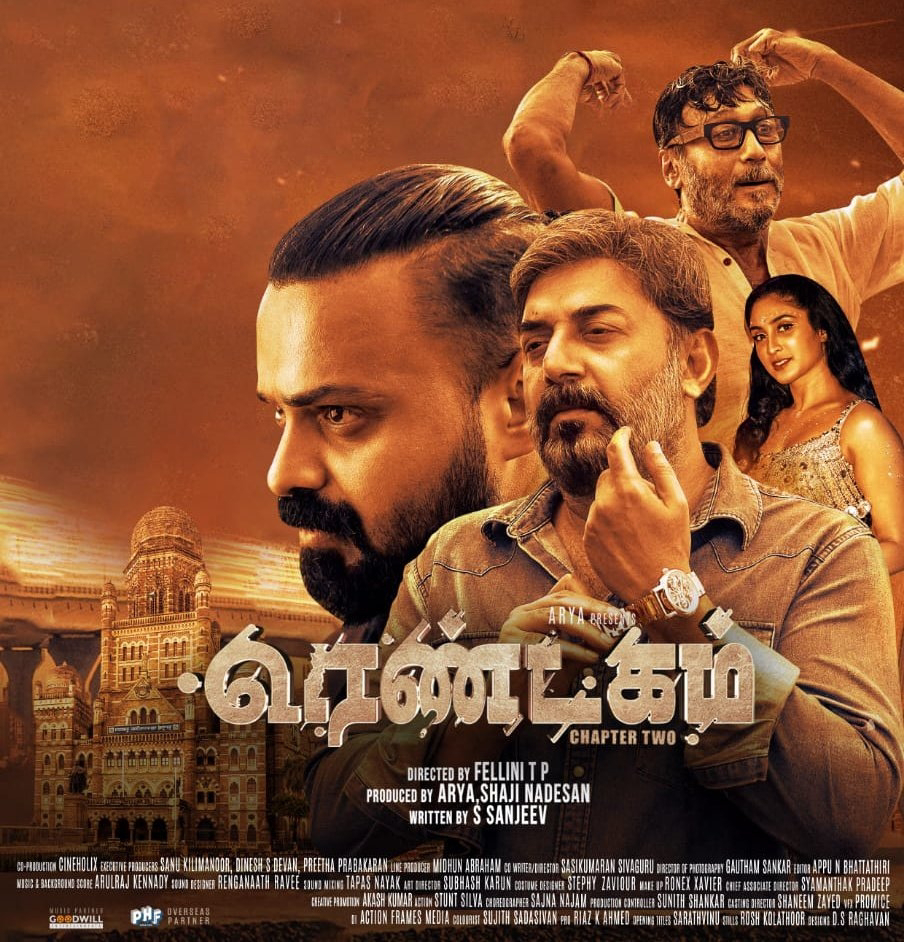 There is enough tension created in the film to keep the audience glued to the screen.  There is both action and drama in equal measurein this, gangster flick.  The talented star cast keeps  you engaged with their performances. Watch out for twists in the tale.

Goutham Sundar's camerwork is neat while the bgm score is absorping.

However, in places, one does feel let down and confused with the writing and lags in screenplay.

Overall, good in parts, Rendagam leaves you with the feeling of wanting more.