- September 23, 2022
Talented Actor Naga Chaitanya finally kickstarted his next project. The film has been tentatively titled NC22. NC22 will be Chaitanya’s first Telugu-Tamil bilingual film. This time he will be teaming up with affable filmmaker Venkat Prabhu and will be romancing with young and talented actress Krithi Shetty. It will also be director Venkat Prabhu’s first Telugu directorial. 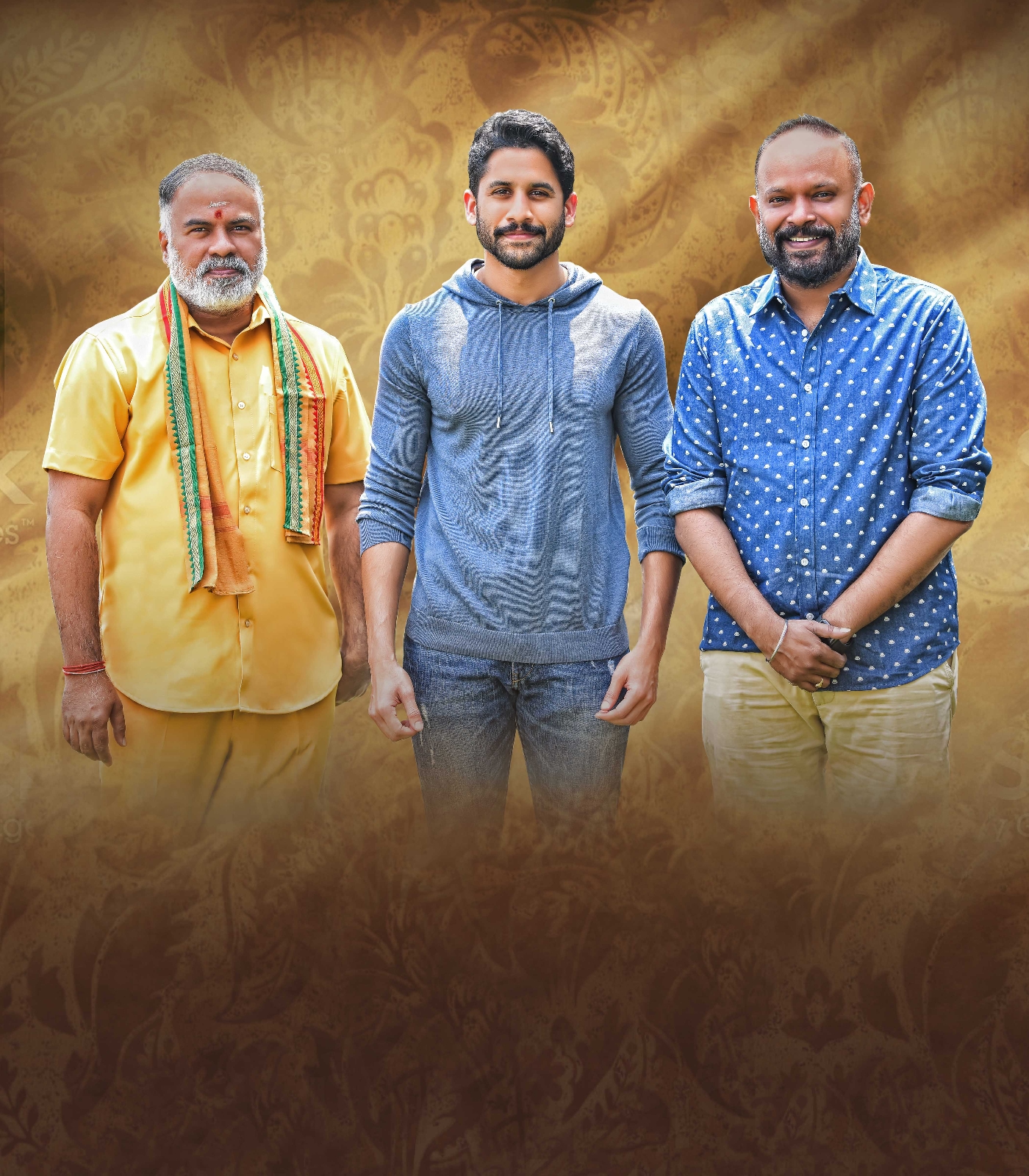 Srinivasaa Chitturi is producing the film in a prestigious manner on the Srinivasaa Silver Screen banner. Well, another great news is father-son duo Maestro, Isaignani Ilaiyaraaja and Little Maestro Yuvan Shankar Raja are all set to tune the songs for this movie. This is their first film together and a chartbuster album is assured in the combination. NC 22 seems to be one of the most expensive films in the career of the Akkineni hero.The makers recently announced that the filming will begin on September 21st, 2022. The shoot began yesterday, as planned, in extravagantly erected sets at Ramoji Film City in Hyderabad.Makers confirmed that many well-known actors will appear in the film, while popular technicians will handle various crafts. Makers introduced the Talent of NC 22 today to amp up the excitement. With a series of updates, the creators introduced the brilliant technicians and creative team.The brilliant cinematographer SR Kathir has onboarded to bring the stunning visuals. The technical team's welcome on board announcements followed. As we already know, the dialogues will be written by Abburi Ravi, while editing handled by Venkat Raajen. For production design, the producers selected the extremely talented Rajeevan.The art work will be handled by the magnificent art director Dy Satyanarayana. Yannick Ben, an international action director, has been roped in to compose the crucial action scenes, and Mahesh Mathew is also in charge of the action in NC 22.More details will be revealed soon. Srinivasaa Chitturi of Srinivasaa Silver Screen is bankrolling the yet-to-be-titled film. The making and production values will be grand level for this action entertainer. Pavan Kumar will be presenting this ambitious project.