- November 25, 2022
The much-awaited trailer for the upcoming thriller series 'Fall' has launched today. The Tamil series will also be dubbed and releasing in Telugu, Malayalam, Kannada, Hindi, Marathi and Bengali 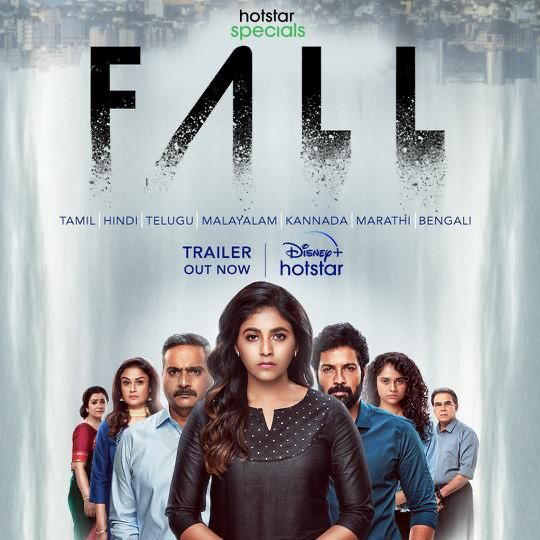 India's leading streaming platform Disney+ Hotstar today dropped the trailer of Disney+ Hotstar’s eagerly-awaited intriguing thriller series ‘Fall’, featuring actress Anjali in the lead. The Hotstar Specials show is an official adaptation of Award winning Canadian mini series ‘Vertige’. ‘Fall’ is produced by Banijay Asia.
Disney+ Hotstar has also announced that this 'Hotstar Specials', will begin streaming from December 9th, 2022
Apart from Anjali, the series will also feature actors SPB Charan, Sonia Agarwal, Santhosh Pratap, Namita Krishnamoorthy, Thalaivasal Vijay, and Poornima Bagyaraj among others.
Distributed by Armoza Formats, an ITV company, ‘Fall’ is an adaptation of the award-winning series "Vertige" written by Michelle Allen and produced by Productions Pixcom Inc.
‘Fall’ follows the story of a young women who has no memory of the 24 hours prior to her alleged suicide attempt. The show is about how she tries to piece together what really happened only to realize she can trust no one, not even her closest friends and family as she discovers secrets, lies and the unspeakable truth locked deep in her memory.
Siddarth Ramaswamy, apart from being the director, is also the cinematographer of this series. Kishan C Chezhiyan has handled editing while Ajesh has scored music for the series.
About Disney+ Hotstar:
Disney+ Hotstar (erstwhile Hotstar) is India’s leading streaming platform that has changed the way Indians watch their entertainment - from their favorite TV shows and movies to sporting extravaganzas. With the widest range of content in India, Disney+ Hotstar offers more than 100,000 hours of TV Shows and Movies in 8 languages and coverage of every major global sporting event.