Vivek Ranjan Agnihotri's Next is 'The Vaccine War! !

- November 11, 2022
Vivek Ranjan Agnihotri's Next 'The Vaccine War' Under Pallavi Joshi’s I Am Buddha Productions, Releasing in 11 Languages Through Abhishek Agarwal Arts On August 15th, 2023 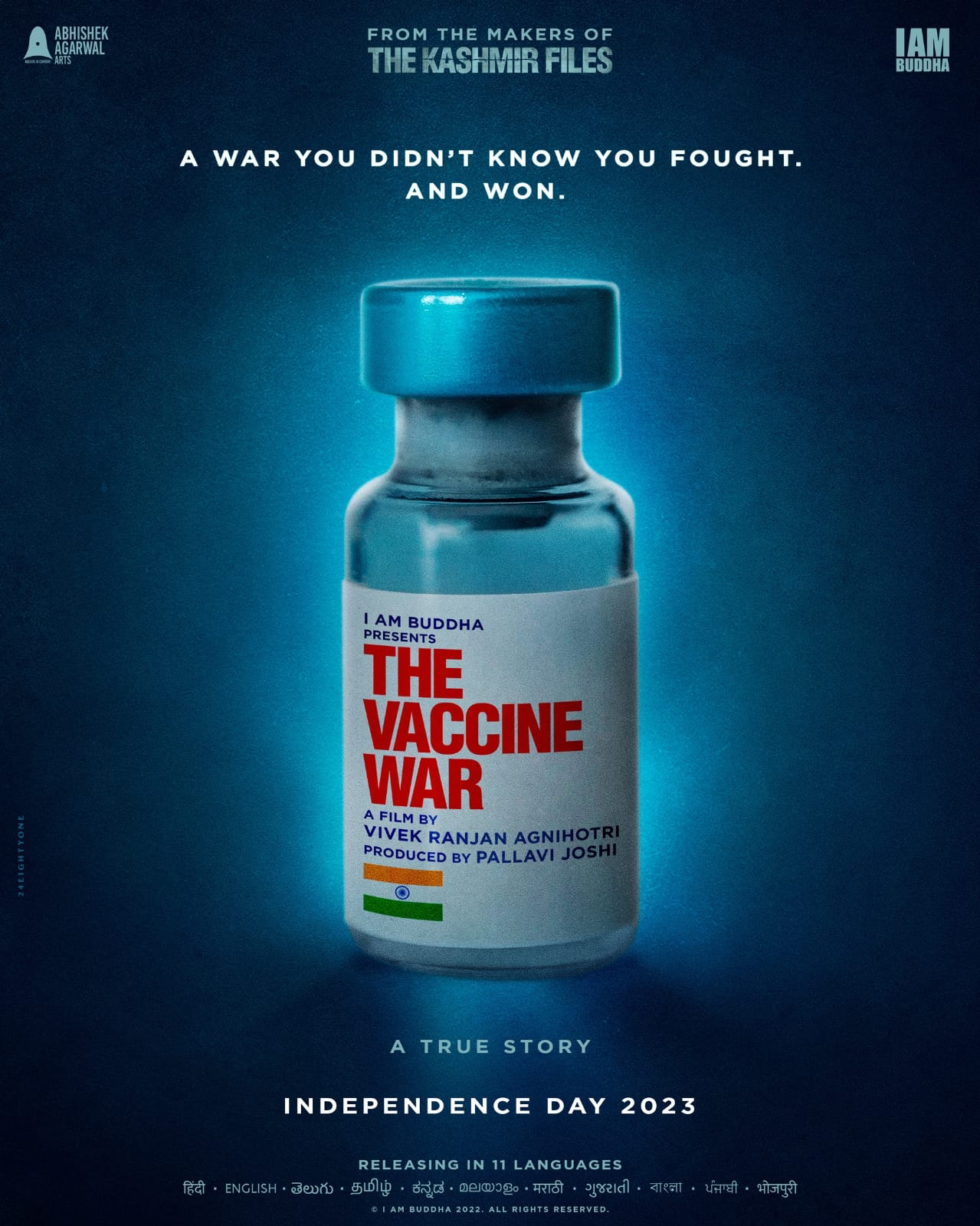 Filmmaker Vivek Ranjan Agnihotri's last flick, The Kashmir Files, received a lot of admiration from the audience and critics alike. The movie became one of the highest-grossing Hindi films of the year. Recently, Vivek Agnihotri grabbed the attention of the masses with a hint of his upcoming film to which the netizens have flooded the comments section while leaving the wild guess about the title of the film.
Now while putting an end to all the wait of the fans, the filmmaker is finally here with the title of his upcoming- 'The Vaccine War’. It's clearly evident through the title and poster that the film 'The Vaccine War' will open certain chapters about COVID-19 and vaccination drills in the country. A vail containing covid vaccine can be seen in the poster, and the message reads: “A war you didn’t know you fought. And won.” 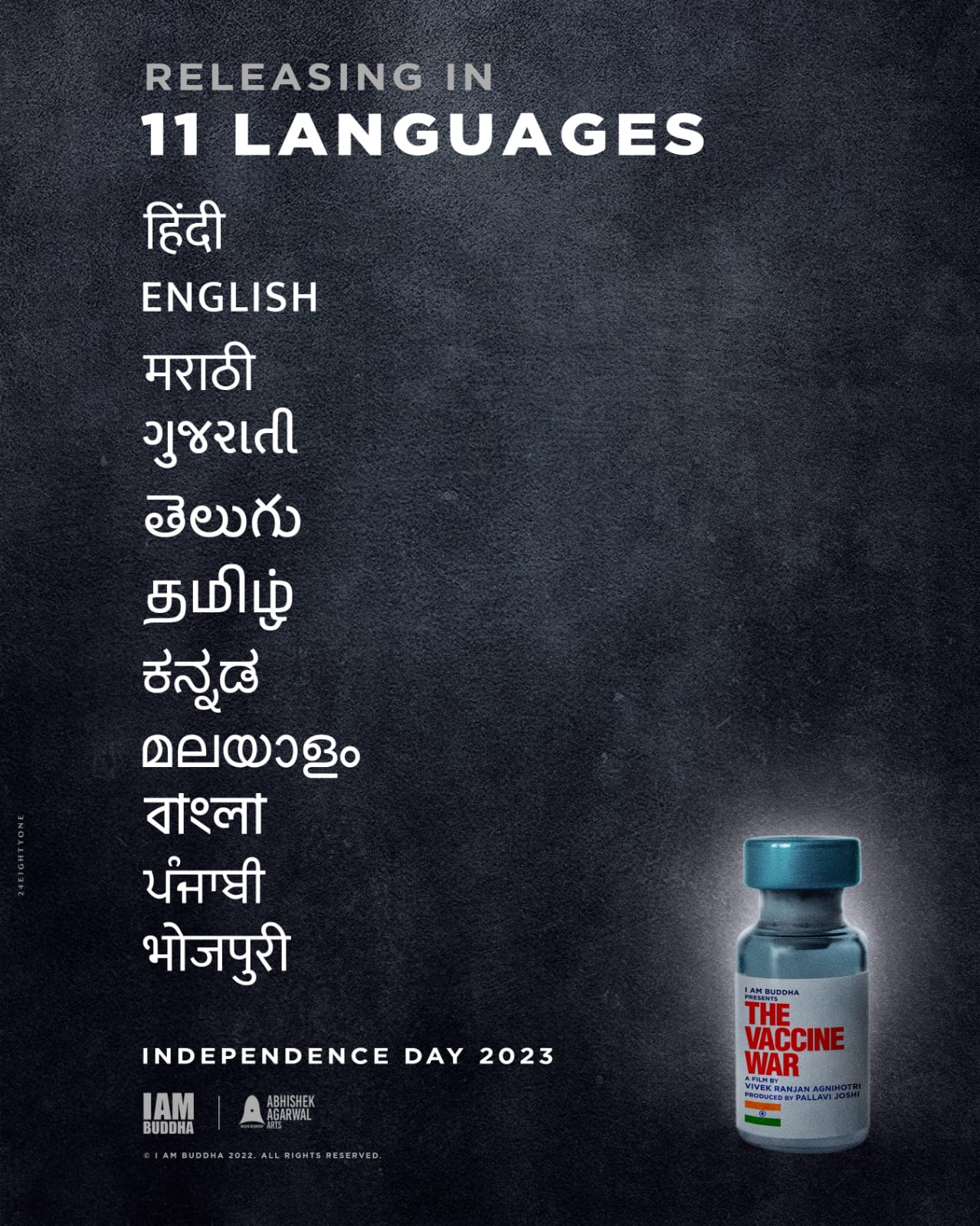 The poster also brings along the release date of the film which is scheduled on Independence Day, 15th August 2023 while it is all set to go on the floors soon this month.
Vivek believes in making films for the audiences who are at the roots of our country and also for the world to notice what our country has really achieved So, the film will be released in 11 languages including Hindi, English, Gujarati, Punjabi, Bhojpuri, Bengali, Marathi, Telugu, Tamil, Kannada, Urdu and Assamese.
Producer from I Am Buddha Productions, Pallavi Joshi shares: “This film celebrates the triumph of our excellent bio scientists. The vaccine war is our tribute to their sacrifice, dedication, and hard work.”
This has certainly come as a big and most awaited news for the fans who have been eagerly waiting to witness yet another cinematic wonder from Vivek Ranjan Agnihotri after 'The Kashmir Files'. Moreover, with this announcement, the filmmaker has made us all wonder about how he will address this crucial and very important topic to the nation. The film will be produced by Pallavi Joshi of I Am Buddha.
Abhishek Agarwal who earlier associated with Vivek Agnihotri for The Kashmir Files will be releasing ‘The Vaccine War’ throughout the country through his Abhishek Agarwal Arts banner.
The makers have not announced the cast yet. It will be interesting to see who fits the bill to fight the war of vaccine and bring the efforts made by our scientists, on the big screen!
vivek agnihotri