- January 10, 2023
Actress Vasundhara was introduced in ‘Vattaram’ and made her mark in Tamil cinema through veteran filmmaker SP Jhananathan’s ‘Peranmai’. Although she played one of the 5 female lead characters in this movie, her brilliant and stellar performances garnered her excellent response. Following this tremendous benchmark, Vasundhara was found delivering impeccable performances in the movies crafted by iconic filmmakers like Samuthirakani and Seenu Ramasamy. She continued to be selective with her scripts which, in turn, has earned her a reputation for the wonderful performances in the unique roles she has chosen. 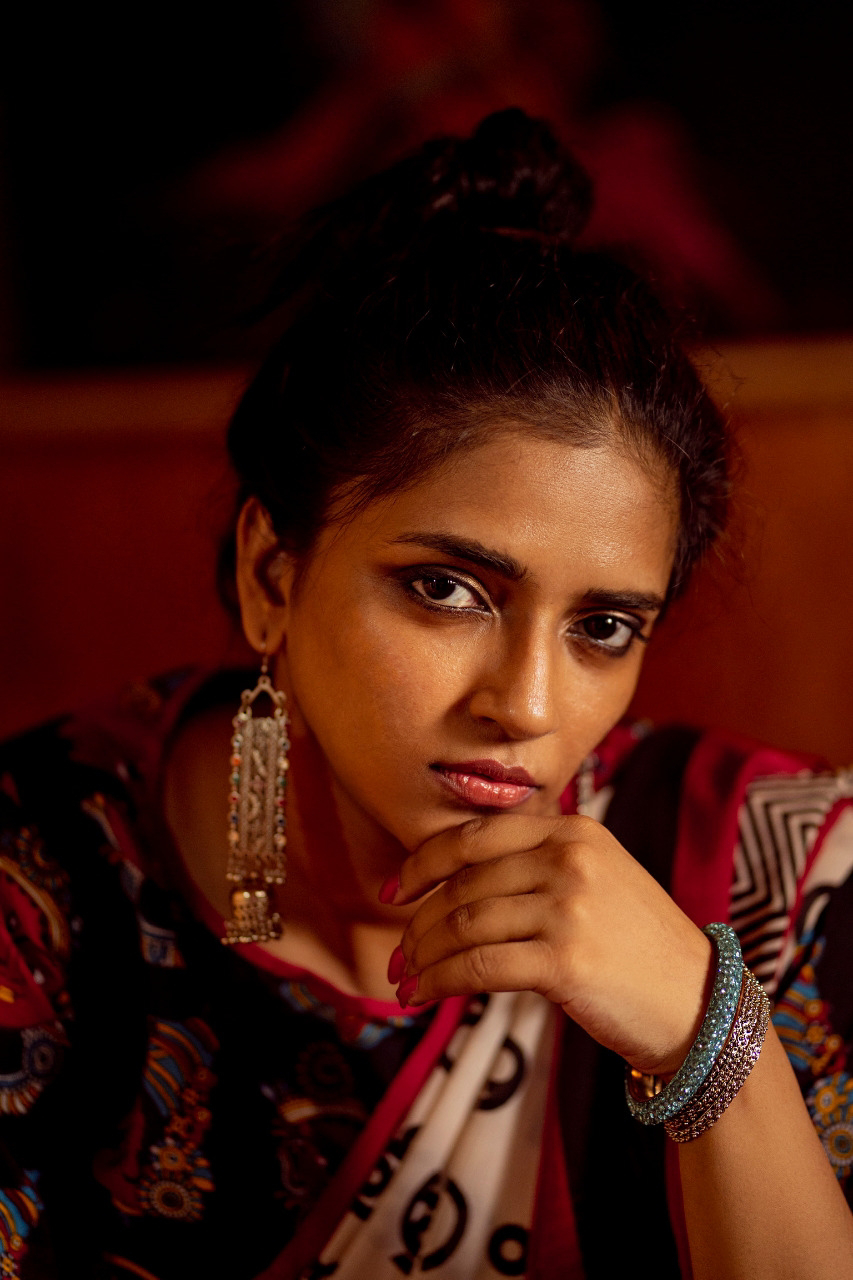 Following such outstanding performances in movies like Kanne Kalaimaane and Bakrid, Vasundhara is currently acting in the soon-to-release flick ‘Kannai Nambathey’. She shares her experience of working in this movie alongside a few other films.
“Kannai Nambathey is a multi-starrer movie with Udhayanidhi, Prasanna, and Srikanth in additional roles. Mu. Maran, director of the film ‘Iravukku Aayiram Kangal’ is helming this project. This film, a thriller by genre, features me in a modern character. 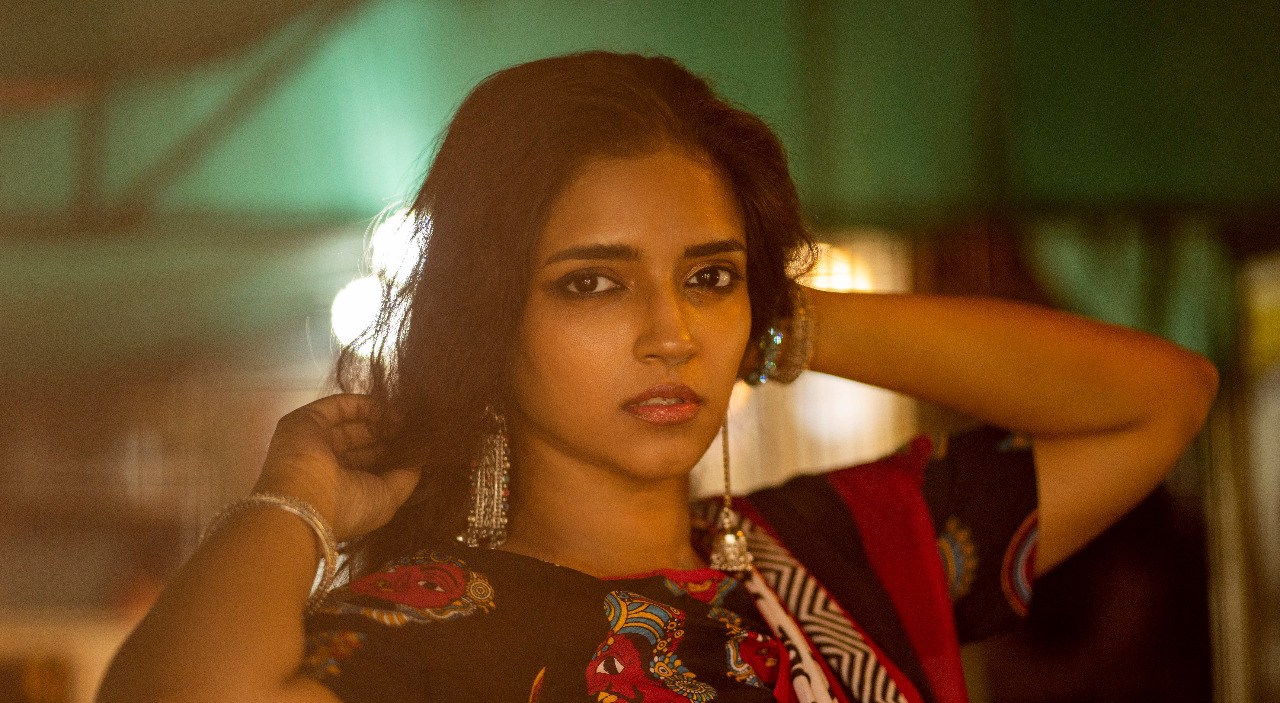 Luckily, I have got an urban role to perform in this movie for I desperately wanted to get a modern role for a very long time. The shooting commenced before the COVID-19 crisis and had to halt due to the pandemic. We later resumed filming after a long hiatus and completed it. Maintaining the same meter of performance for this role despite long intervals was the greatest challenge for me. But we managed to do a good job thanks to Maaran sir.
This is my second project with Udhayanidhi sir and working with him is really seamless. He is no different in real life from his role in ‘Kanne Kalaimaane’. He is humble and down-to-earth with everyone on the sets. He made sure that none gets injured during the action sequences and took precautionary measures for our comfort. I congratulate him on becoming the Minister of Sports.
Apart from Kannai Nambathey, I am currently shooting for a film titled ‘Thalaikkoonthal’ directed by Jayaprakash Radhakrishnan (a) JP of ‘Lens’ movie fame produced by YNot studios. Based on the films YNot has released in the past, you can definitely expect something worth talking about. The film revolves around practice of ‘Thalaikkoonthal’ that’s something I never even heard about before. Samuthirakani and Kathir are a part of this star cast. Samuthirakani plays a very family oriented emotional role. His performance was impeccable and there were many occasions where we all had tears in our eyes watching his emotional performance. 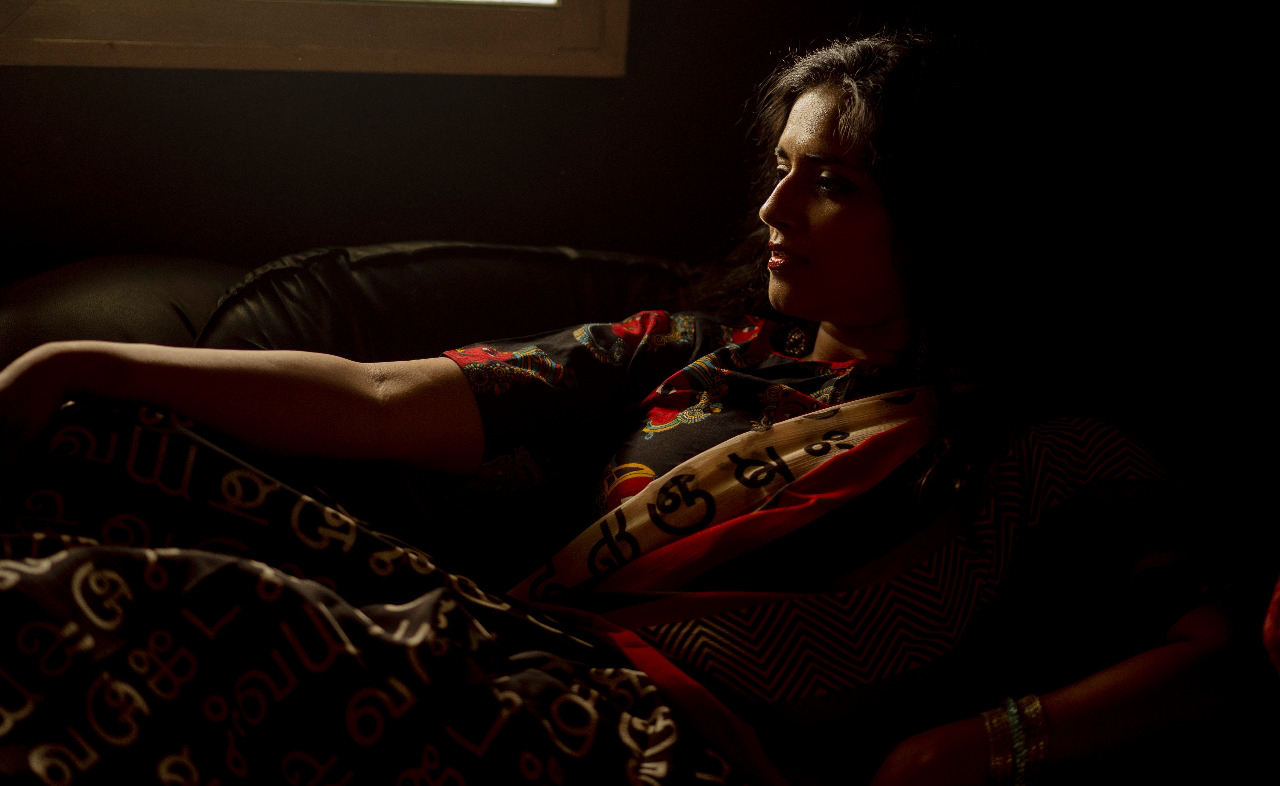 In contrast, when a few emotional scenes were being shot, we would get interruptions with instances like a Grinder Mixie sound from the neighbouring house or a candy ice vendor selling with a high-pitched voice, which left all of us laughing. Getting back to a serious mood turned out to be a big challenge. Since we shot the film with live sound, it was a wonderful learning experience and live sound really helps the audience experience what the characters are experiencing on a greater level.
I am also working on another thriller directed by Lakshmi Narayanan of ‘Pub Goa’ fame with Aishwarya Rajesh in the lead and many more actors as a part of the cast. It is a very exciting and unique project and Lakshmi sir brings a fresh new way of thinking things. I think viewers will love that. While I’m shooting for this I’ve appeared in an OTT anthology that I’m excitedly waiting for. 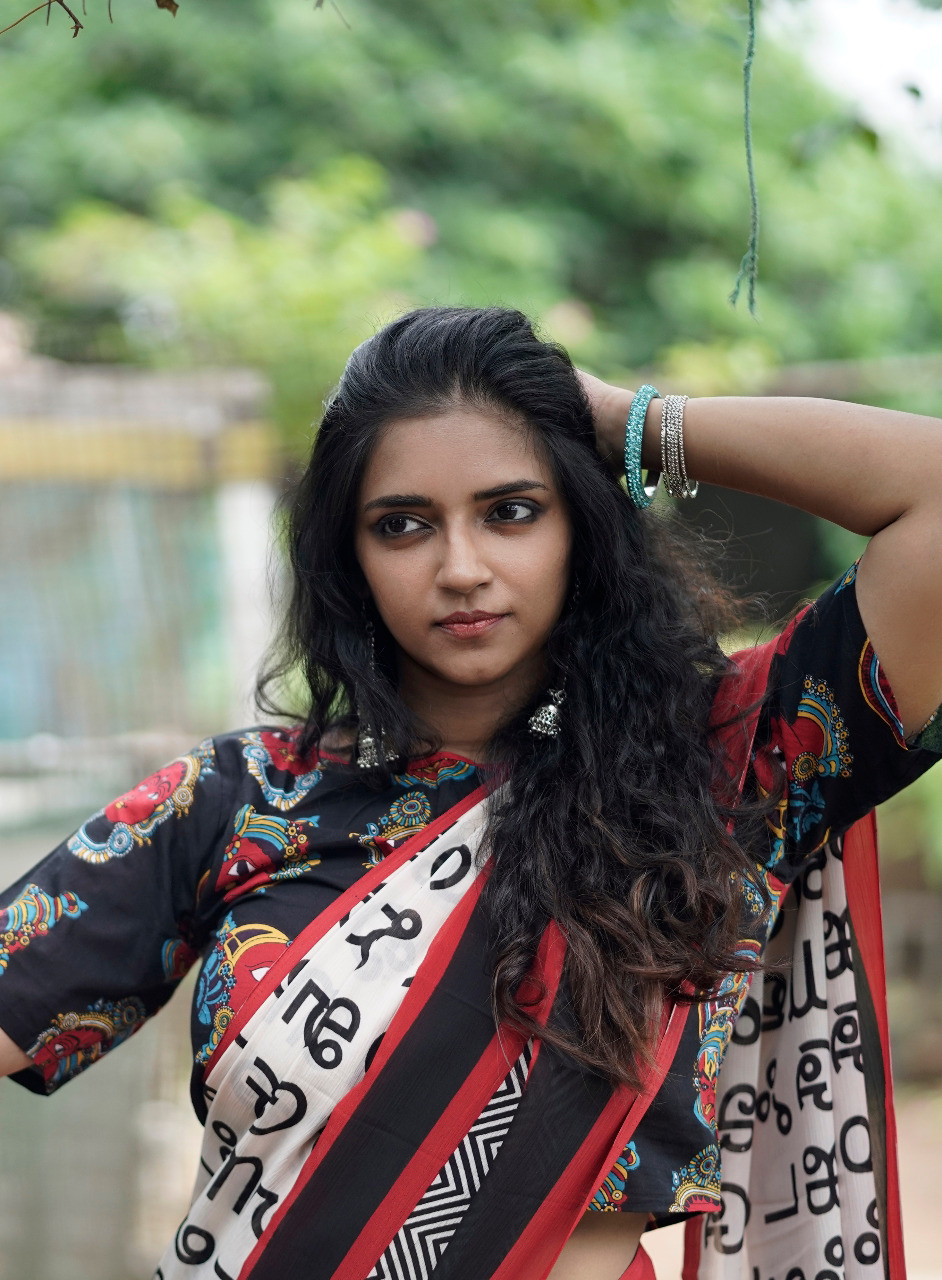 OTT platforms have changed the field of entertainment and are introducing wider audiences to new creations. It has become a perfect platform to take risks with new ideas and concepts. Everyone was distressed about the condition of the film industry during the pandemic. However, the fact is that this field will constantly reinvent itself and the arrival of OTT was at the right time. Not to mention it’s during this period that Indian films have made a greater name for themselves on a global platform.
Films like Ponniyin Selvan have elevated Tamil Cinema to a worldwide audience. I was awe-struck watching the actors take on their challenging roles. Especially Jayam Ravi whom I’ve worked with before. He’s beautifully taken on the subtle nuances in his role in PS. His dedication level is tremendous. However I’m heartbroken at not being a part of this amazing project, hopefully there are many more such epics from our culture being made into films to give others opportunities as well. 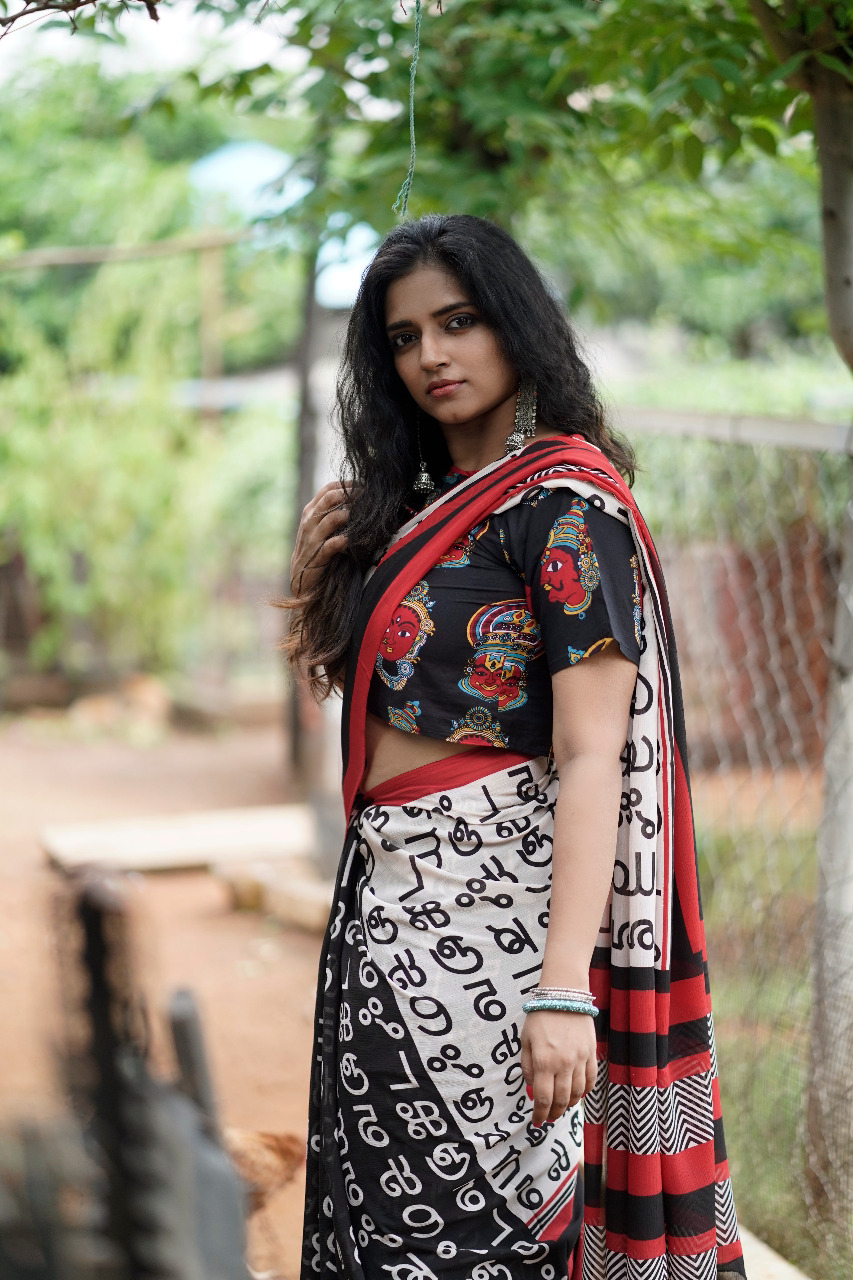 I’d like to wish my audience and fans a very happy 2023. I have a few releases upcoming this year and I’m really excited for them. This year I hope to enter the OTT world and make my mark there as well as in cinema in varied roles, both modern and traditional.