Its Kaappaan for Suriya-KV Anand !

The much awaited title of the Suriya - KV Anand combo was launched on the occasion of the New Year. KV Anand tweeted that the title of thier 3rd collaboration aka Suriya 37 would be Kaappaan. 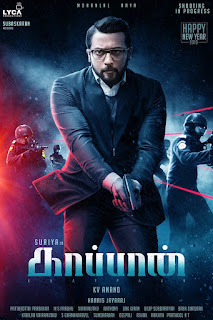 The first look poster of this Lyca Productions film, shows Suriya in a suave avatar, wielding a gun, looking very much like someone in the armed services. According to the grapevine he is believed to play a body guard to Mohanlal who is said to be donning the role of the Prime Minister. Mohanlal was last seen in Tamil in the Vijay starrer Jilla.

KV Anand, in a social media innovative poll to chose a title, gave fans three  options, namely Uyirka, Kaappaan and Meetpan. Uyirka emerged the winner but later Anand disclosed that his team felt that Kaappaan would be best suited , so they chose that. 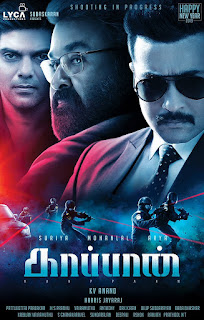