Famed for his critically acclaimed film “Haridas”, filmmaker GNR Kumaravelan is all set to shoot his next, a crime-thriller featuring Arun Vijay in the lead. The actor will be donning a cop uniform yet again after scoring brownie points for the role he played in Kuttram 23.

The shooting of this film tentatively titled “AV 30” started this morning (September 11) with a simple ritual ceremony that was attended by the entire crew along with filmmakers Karthick Naren and Arivazhagan. 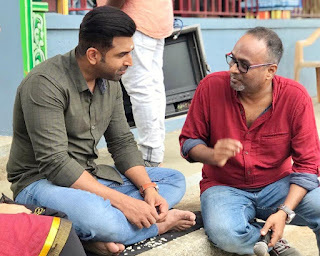 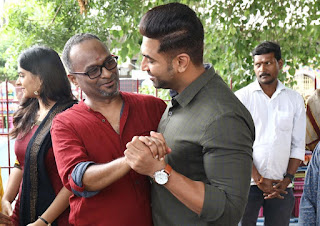 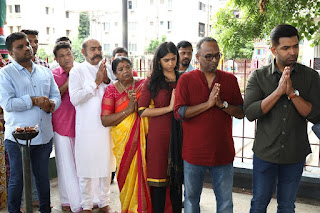 Filmmaker GNR Kumaravelan says, “We have started shooting the film from today in Chennai and I am looking forward to a great experience working with an ace actor like Arun Vijay. This film will be a crime-thriller, but would have an exceptional premise different from what we have already come across in  films belonging to this genre. It will have a current crisis as one of the major elements and has been fictionalized accordingly.”

Getting on to speak about the reason behind Arun Vijay in this film, he says, “Why not him? He’s befittingly perfect for the role of a cop and had already proved it in Kuttram 23. However, his characterization will be completely different from the role in that film as both the stories belongs to different backdrops. In addition to brainy and brawny ingredients depicting his character, it has more emotional shades as well. Soon after completing the script and flippiagain,
I could easily visualize Arun Vijay for the protagonist’s role. Moreover, audiences will be able to relate to his role.” GNR Kumaravelan continues to add, “We have signed Palak Lalwani to play the female lead and talks are going on with few more leading actors to be a part of this film.” 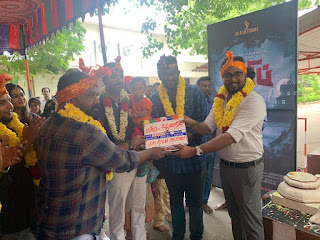 Winning appreciations for his performance in “Saaho”, Arun Vijay has already completed shooting for his next film “Mafia” and has  “Agni Siragugal” and “Boxer” at different stages of production.
Arun Vijay AV30 haridas palak lalwani pallak lalwani