Shruti Haasan and Dhivyadarshini who have dubbed for the main characters in the Walt Disney film Frozen 2 in Tamil, along with lyricist Vivek who has penned dialogues in Tamil, were present in Chennai for a media interaction and to launch the Tamil trailer.

Lyricist Vivek  said, “I am so happy to be a part of a prestigious project from Disney especially a movie like Frozen 2. In particular, I am really elated to be a part of a film that has iconic Shruthi Hassan and Divyadarshini. They have carved a niche of excellence in their respective journey. Much alike the character of Elsa and Anna, they have been inspirations to many. More than anything, I was actually pressured and instigated by my wife not to miss the opportunity and I gave a try to penning dialogues for thr first time.”

Actor Sathyan, who has dubbed for the cute and celebrated character of Olaf  addressed the media  through a video. He said, “I am so much honored to be a part of this film. I owe a lot to Disney team for getting me onboard to dub for the famous character of Olaf. It is really a  character  everyone likes. I request not just kids, but even grown ups to watch the film on November 22.” 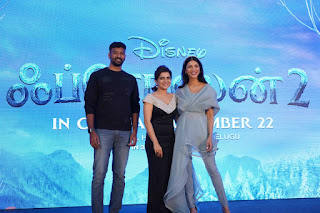 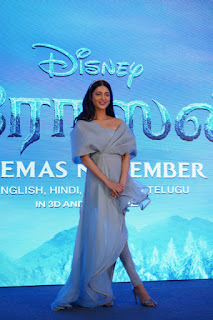 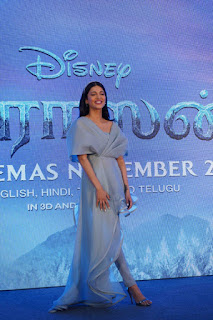 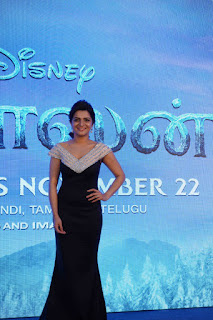 VJ and actor Divyadarshini who has dubbed for the character of  Anna, said, “As soon as I got a call from Disney to dub for the character of Anna,  I was really excited. For every kid from childhood, the characters in Disney movies have been really inspiring, especially one like this princess. Usually, the fairy tales depict a princess as the one waiting for the prince to carry her away, but Frozen 2 empowers the character with such a brilliant shade of self- discovery and desire to  accomplish her dreams.”

Shruti Haasan, who has given her voice for the protagonist character of Elsa said, “The reason why Frozen is so popular across the world is because it signifies an epitome of inspiration to many girls. The reach for the first part was so phenomenal that I didn’t want to miss the opportunity of being here in the second part. She is a warrior girl and I am really fond of her. Personally, myself and my sister Askhara share a big bond and this helped me a lot in dubbing the film.  Usually, I take one and half days to dub for my movies and  I completed Frozen in just one day.” The actor has the unique position of both dubbing and singing for Elsa, setting her apart from others who gave dubbed the part.

Explaining her ease at dubbing fast,  she said,  " I am used to dubbing, because as a kid, after school, dad would call me to dub for child actors for RajKamal Films!".