After the stupendous succes of Kaithi, hero Karthi is now looking forward to the release of his next film,  directed by Jeethu Joseph ( of Dhrishyam, Papanasam, and the upcoming Hindi release The Body fame).
The excitement is understandable, for , apart from working with Jeethu, Karthi also gets to share space with his anni, the talented Jyotika who is surging ahead in her second innings with films like Naachiyar, Raatchasi, Kaatrin Mozhi and  Jackpot. 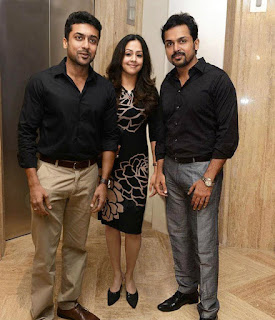 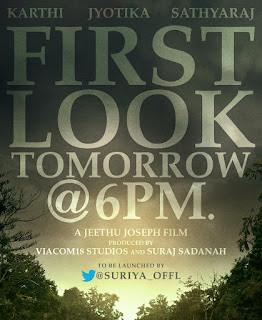 Now, the first look of this film is ready and will be released tomorrow,  on 15th November, by  none other than Karthi's bro Suriya. 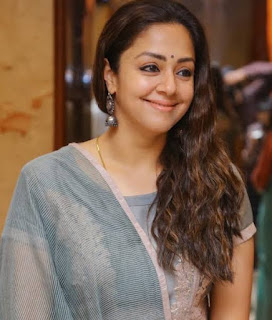 Karthi has tweeted his excitement, " Can't wait to share the exciting first look of my next project with #Jo Anni! #FirstLookTomorrow to be launched by anna @Suriya_Offl at 6PM!"

In a previous interview Karthi had revealed Jyotika is playing his sister in this family thriller, while Sathyaraj plays his dad. Karthi plays a guy like Seenu in Thozha ( Oopiri in Telugu). Nikhila Vimal is part of the cast along with Anson. There are rumours that the film may be titled Thambi but no confirmation as yet. 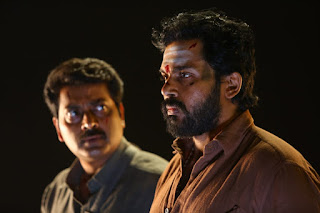 Karthi and Narain in Kaithi