The  star quotient around Frozen 2 produced by Disney Studio, is increasing.  With stars Shruti Haasan and Dhivya Dharshini, dubbing in Tamil for Elsa and Anna respectively, in Telugu its Mahesh Babu's daughter who will dub for  the younger version of Elsa. 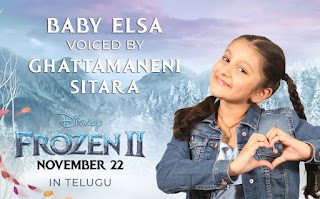 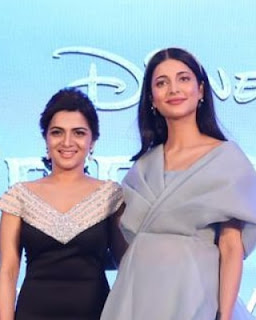 The young Ghattamaneni Sitara will lend her voice as the younger Elsa in the Telugu version. Her mother, Namrata Shirodkar revealed that Sitara is a great fan of Frozen and has idolised Elsa since a young age. So she is delighted to accept this offer from Disney.
The film releases on Nov 22nd.
anna dhivya dharshini elsa frozen 2 mahesh babu namrata shirodkar Shruti haasan sitara